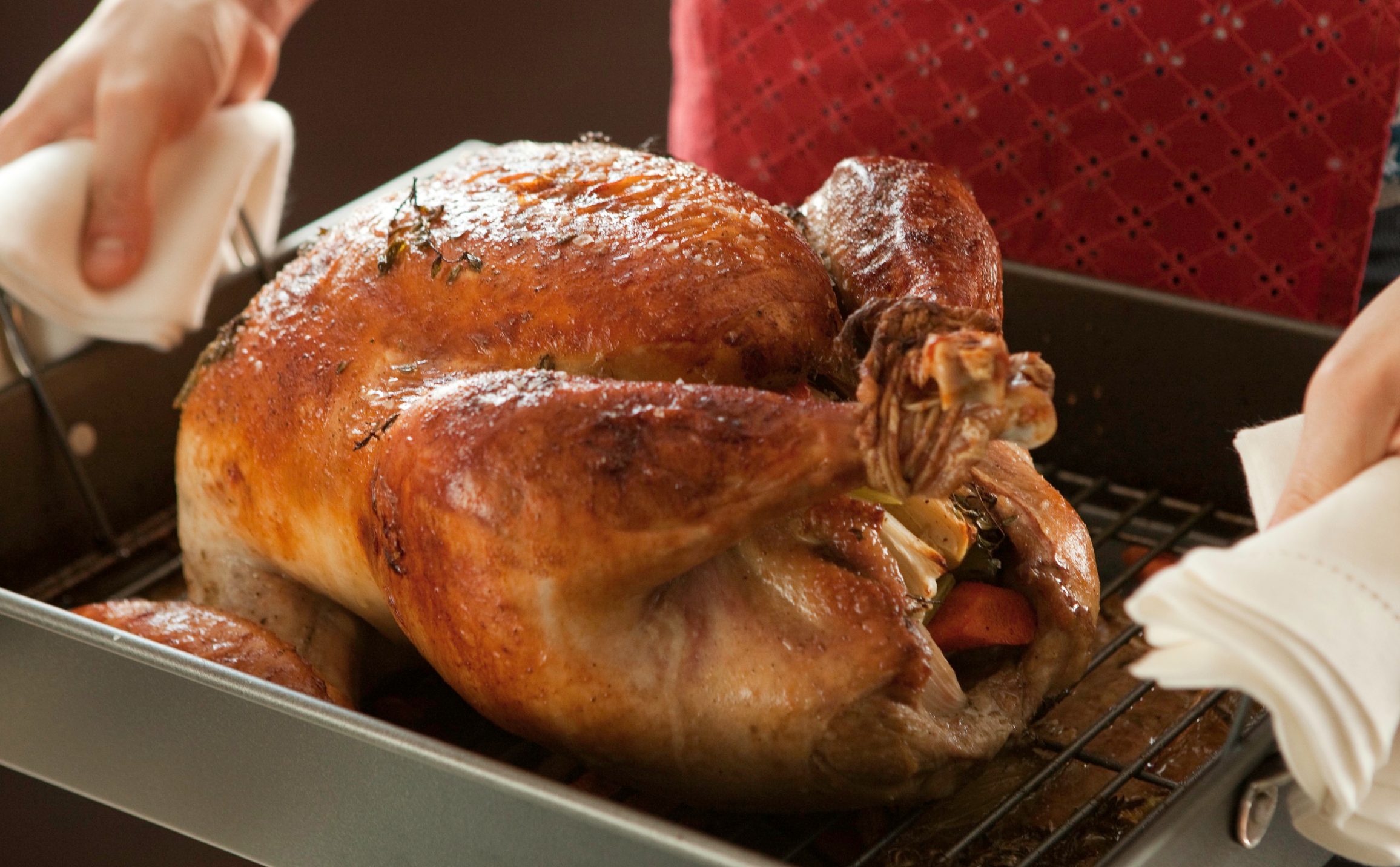 Ladies and gentlemen, boys and girls, gather ye round as we attempt to put order into the chaotic world of Thanksgiving foods. With a day known almost as much for football as it is for turkey consumption, it only seemed right to apply the logic of the sports world to the iconic dishes of the Thanksgiving table. As such, I have compiled a Power Ranking of the eight most well-known parts of the annual feast and it's your job to tell me why my rankings are terrible in the comments section below.

May your turkey be moist, your potatoes buttery and your pie crust flaky. Now on to the rankings…

1. Stuffing
Surprised that turkey didn't take the top spot? You shouldn't be. If your stuffing (or dressing if you swing that way) isn't up to snuff, the whole meal can fall apart. Growing up, my mom used to cook the stuffing inside the bird and man did it taste good. Now I know that we were flirting with salmonella every year, but I survived, so I don't care all that much. The stuffing is the backbone of Thanksgiving; the unsung utility hero. It pairs well with every other part of the meal and, as an admirable partner, elevates the dishes that aren't wow-worthy. Those green beans aren't doing the trick? Throw some stuffing in there and all of a sudden, they're a valuable part of the meal. This Thanksgiving, give thanks for stuffing. It deserves your love at #1.

2. Turkey
The Big Bird is crucial to a successful Thanksgiving. It's not called Turkey Day for nothing, people. That said, with the expectations that turkey has to face, it's also the #1 part of the meal that disappoints. Giant birds are hard to cook well and your average home cook just can't get it 100% right. Other holiday meals may look the same as Thanksgiving when you examine beyond the main course, but without turkey, Thanksgiving would crumble into a Christmas wannabe and who wants that? Not this guy. Cherish that turkey, my friends. It's a top choice thrust into the role of #2. If it's good, it's really good. If it's bad, it's actually not that bad – as long as you have…

3. Gravy
Start thinking about gravy like magic. Like stuffing, gravy can smooth over the less-than-stellar parts of a Thanksgiving meal thanks to its ability to combat any dish that turned out dry. It's almost like a magic eraser that takes away that extra time the turkey spent in the oven. See? Magic.

4. Pumpkin Pie
It might seem like a leap to put a dessert this high on the list, but let me explain my logic. Chances are, the pumpkin pie is the last thing you'll eat on Thanksgiving. You're well past the point of full and plunging quickly into a food coma, so the pie will end up being the final impression your Thanksgiving meal gets to make. If it's bad, you're going to walk away from dinner feeling miserable. If it's good, though, it can cover up the fact that the side dishes made you want to throw drumsticks at people.

5. Sweet Potato Casserole
Is there anything more American than a sweet potato casserole? It's technically a vegetable, but despite the fact that sweet potatoes have a high sugar content already, we dress it up with marshmallows and syrup. Well done, people. Let's be honest with ourselves: this is a dessert dish that we allow during dinner because it's a holiday. It's awesome, but is it better than turkey? Better than pie? I think not. #5 it is.

6. Green Bean Casserole
In the battle of casseroles, the green beans always lose. It's not that it's a bad dish. I've always loved the combination of crunchy onions, soft green beans and cream of mushroom soup, but compared to its dessert-disguised-as-a-side-dish sweet potato competitor, green bean casserole just doesn't measure up. It's comforting to see on the traditional Thanksgiving spread, but it's also caught between two worlds: the vegetables laugh at it as a chunky imitator and the side dishes don't care for the fact that legumes are the centerpiece of the dish. It's a lose-lose for green bean casserole, which makes it #6 on my list.

7. Mashed Potatoes
The only reason mashed potatoes fall so low on the list is that they're not Thanksgiving-specific. You're probably eating mashed 'taters a few times a month. Don't get me wrong, they're a valuable addition to any Thanksgiving table, but they're just not that important in the scheme of things. If the MPs don't turn out well on Turkey Day, you can always get another crack at them another time. There's just no pressure on mashed potatoes to perform on Thanksgiving and that's why they earned their spot at #7.

8. Cranberry Sauce
Honestly, cranberry sauce isn't going to make or break any meal. It's a nice addition and works well as a flavor contrast for the rest of the dishes, but come on, if you're letting cranberry sauce influence you in any way then perhaps you should ask Santa for a therapist this year.

Disagree with me? Let's hear it!