If this tumbler of wondrous-looking greenery and botanicals wasn’t placed in front of you by a server at Portland, Oregon’s Castagna restaurant, you’d probably think twice about tucking into it with a spoon. “For my birthday, my girlfriend made me a terrarium, so that became the inspiration. That’s completely purposeful,” explains chef Justin Woodward over the phone.

Since replacing Matthew Lightner (who moved to New York to helm Atera) as executive chef in 2011, Woodward has had little trouble making his own mark on the restaurant’s established take on modern Northwestern cuisine — as evidenced in this cipollini onion terrarium. “We were getting them from a farm with the tops still attached,” he says. “That’s typically not the way you see a cipollini onion, so I wanted to utilize the top and the bottom of them.” The result, a multi-layered, multi-textured piece of art that would have just about anyone reaching for their cameraphone, isn’t exactly the way you’d see a cipollini onion either.

“I don’t really go too far out of my way to make things look more beautiful than they are,” adds Woodward. True, perhaps, but it’s his choices of inherently beautiful components and their delicate relationship to the composition on the whole which earned Woodward a much-deserved James Beard Award nomination for Rising Star Chef this year. Check out his onion terrarium —and what went into it — below. 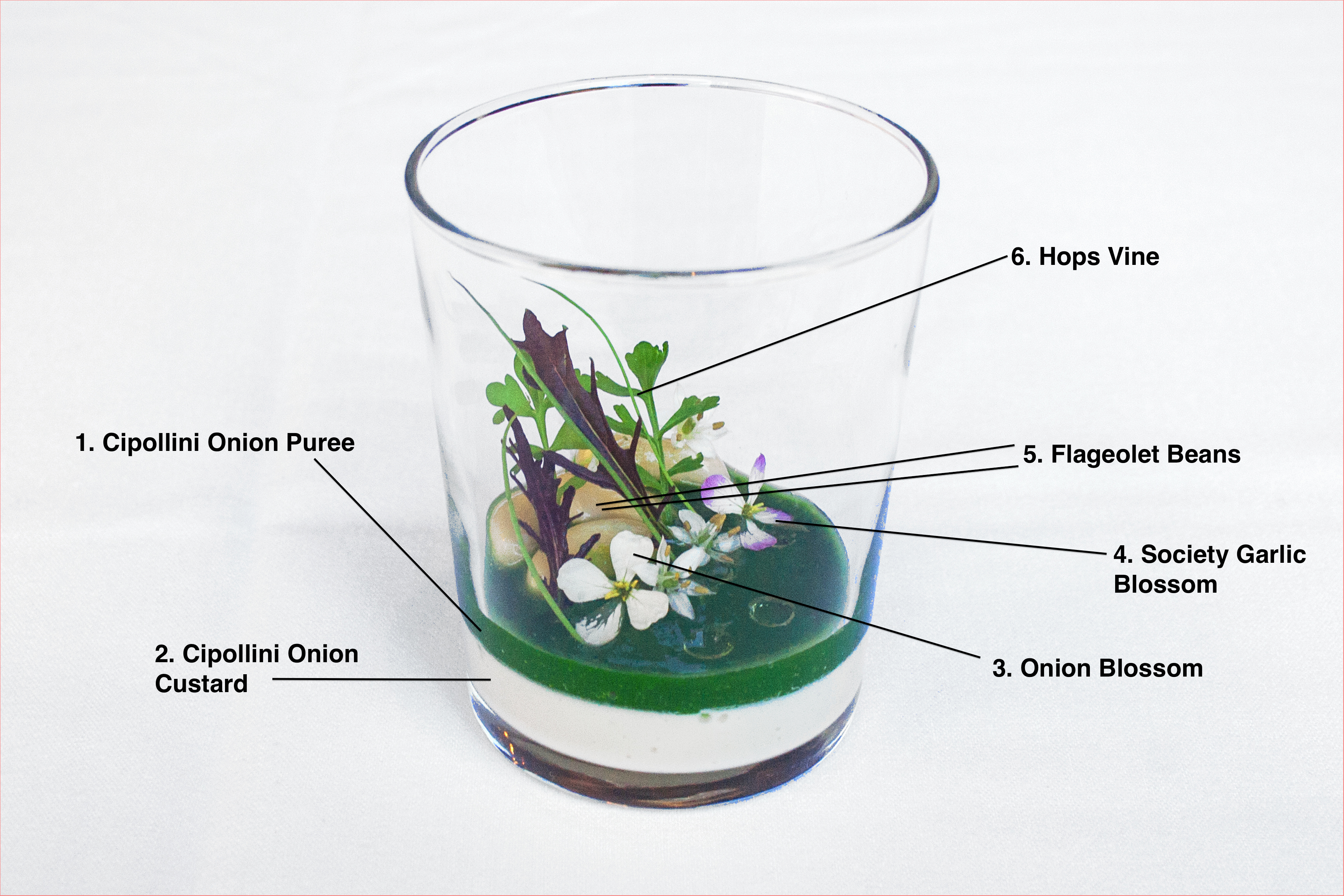 1. Cipollini Onion Puree | “We blanched, shucked and then pureed the tops of cipollini onions.”

2. Cipollini Onion Custard | “That’s the base, the actual root of the onion itself, which has been cooked, pureed and made into a custard.”

3. Onion Blossoms | “They’re pretty pungent. The custard’s mild, deep rich…and then the green puree is a little brighter and clean, and then the onion blossom is really sharp.”

5. Flageolet Beans | “We get these fresh, not dried, and they add some texture to the dish.”

6. Hops Bine | “I think the hops and onions go really well together, so the flavors made sense to me.”