In the U.S., “food festival” has become a really nice way of saying “feeding convention.” More often than not, they’re big events crowded with throngs of people toddling from booth to booth in hopes of scoring enough tiny portions of food to constitute a full meal. In Thailand, food festivals are much more elegant affairs. Case in point: The Four Seasons World Gourmet Festival, which just concluded its 14th year at the Four Seasons in Bangkok.

The WGF invites star chefs from around the globe to partake in a weeklong celebration of food that consists of full multi-course meals instead of thousands of sub-standard sampler portions. It’s a much more civilized approach than what we’re used to in the U.S. and, dare I say, a more enjoyable way to feast at a fest. The roster featured eight chefs from seven countries and there were enough Michelin stars involved to make a Thai Cassiopeia. The best part is that the WGF raises an enormous amount of money for the Save A Child’s Life Foundation in connection with the AIDS Project. We’re talking baht in the millions here. 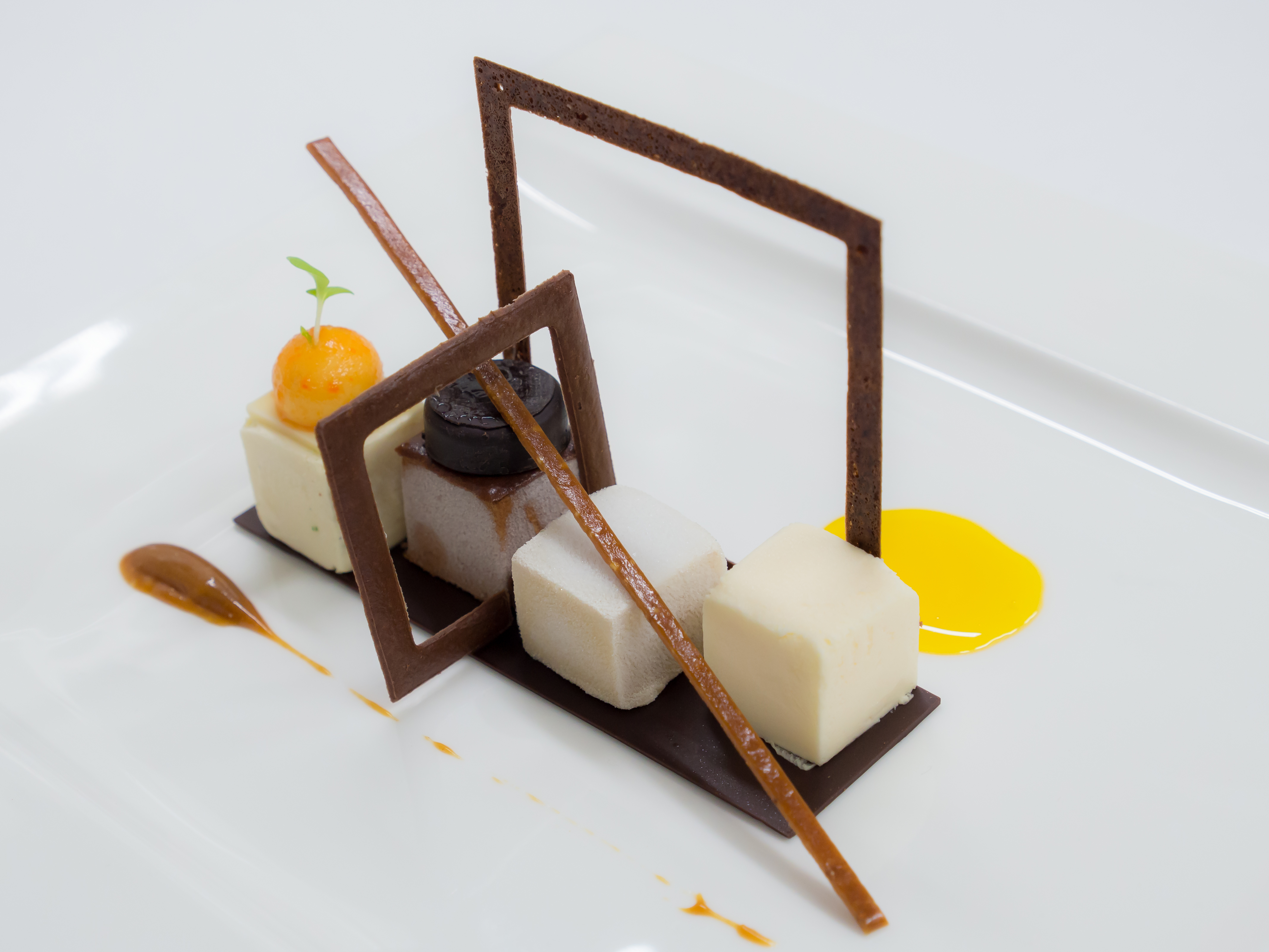 The festival kicked off with a champagne celebration and three different dinners, but the most interesting event of the night was Belgian chef Roger van Damme’s all-dessert dinner. Like a 12-year-old’s birthday wish, dinner consisted of five courses of sweet after sweet after sweet. As Belgium’s master of modern pastry, it made perfect sense to have the meal start with a fizzy gin sorbet, followed by a geometric presentation of van Damme’s signature dessert: a melange of textures and tastes including soft cubes of dulce de leche crème and various kinds of citrus. The next three courses continued along the intersection of beautiful presentation and innovative flavor pairings. Chocolate and caramel matched with bananas and passionfruit; white chocolate mousse mixed with raspberries and yogurt; and finally, a decadent Belgian chocolate mousse that should have come by the gallon. While five courses of dessert may be too many for normal people, it seemed to work just fine for the WGF attendees. 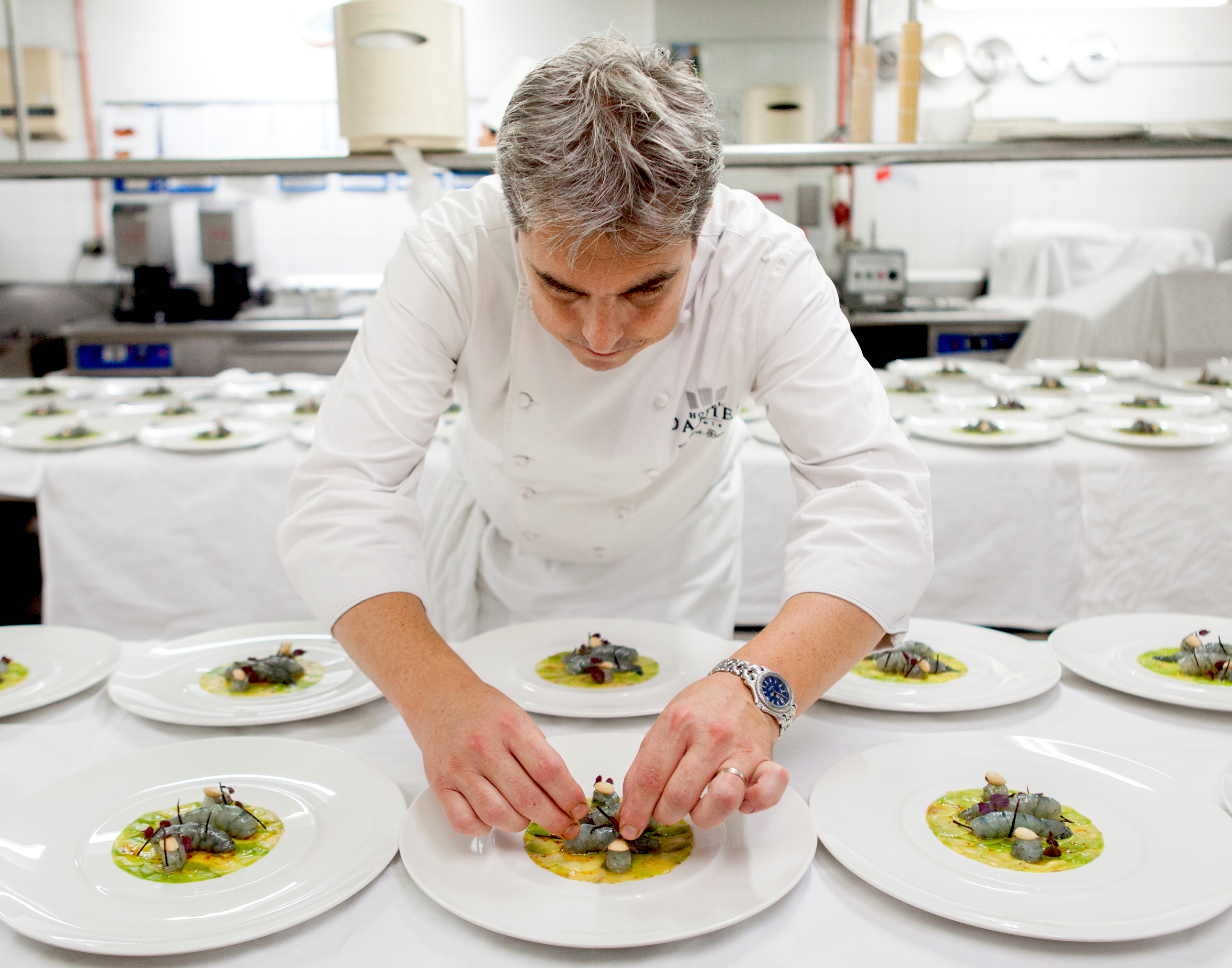 Throughout the rest of the week, more meals made marks. Italian chef Vito Mollica and Miguel Laffan from Portugal and Barcelona’s Paco Pérez took over the kitchen at biscotti on various nights while French rising stars Jérôme Bonnet and David Rathgeber along with Swiss chef Markus Arnold served at Madison Steakhouse. Tokyo fish expert Hirohisa Koyama offered up his Japanese style at the hotel’s Shintaro restaurant. The fun wasn’t limited to Bangkok, though. Select chefs traveled to both the Four Seasons’ Chiang Mai and Koh Samui properties to serve satellite copies of the dinners they served at home base.

Unless you were in Thailand this month, chances are you missed Bonnet’s wonderful avocado carpaccio with rare Obsiblue shrimp or Miguel Laffan’s updated Portuguese classics like cod “à bràs,” but don’t despair: the 15th World Gourmet Festival is only 12 months away and it’s sure to be the best one yet.