"It's kind of like cereal with the dry, crunchy, different textures. And two simple basic ingredients: milk and honey," explains chef Mark Welker, the pastry maestro over at The NoMad, one of New York's buzziest restaurants. The dish he's referring to is actually one of the restaurant's standout desserts, the aptly named "Milk & Honey," which is like a trip to the promised land in comparison to a humble bowl of Cheerios. And yet the familiarity shines through brilliantly.

Welker, who previously worked with chef-owner Daniel Humm at Eleven Madison Park, adds that the simple duet of milk and honey is one of Humm's favorite flavor combinations. "We did a variation at Eleven Madison Park, and then when this restaurant opened, he asked me to do a version that was more representative of the NoMad. I didn't grow up having warm milk with honey before bed, but that's what came to my mind — and Cheerios too, which was the one cereal I ate when I was a kid." 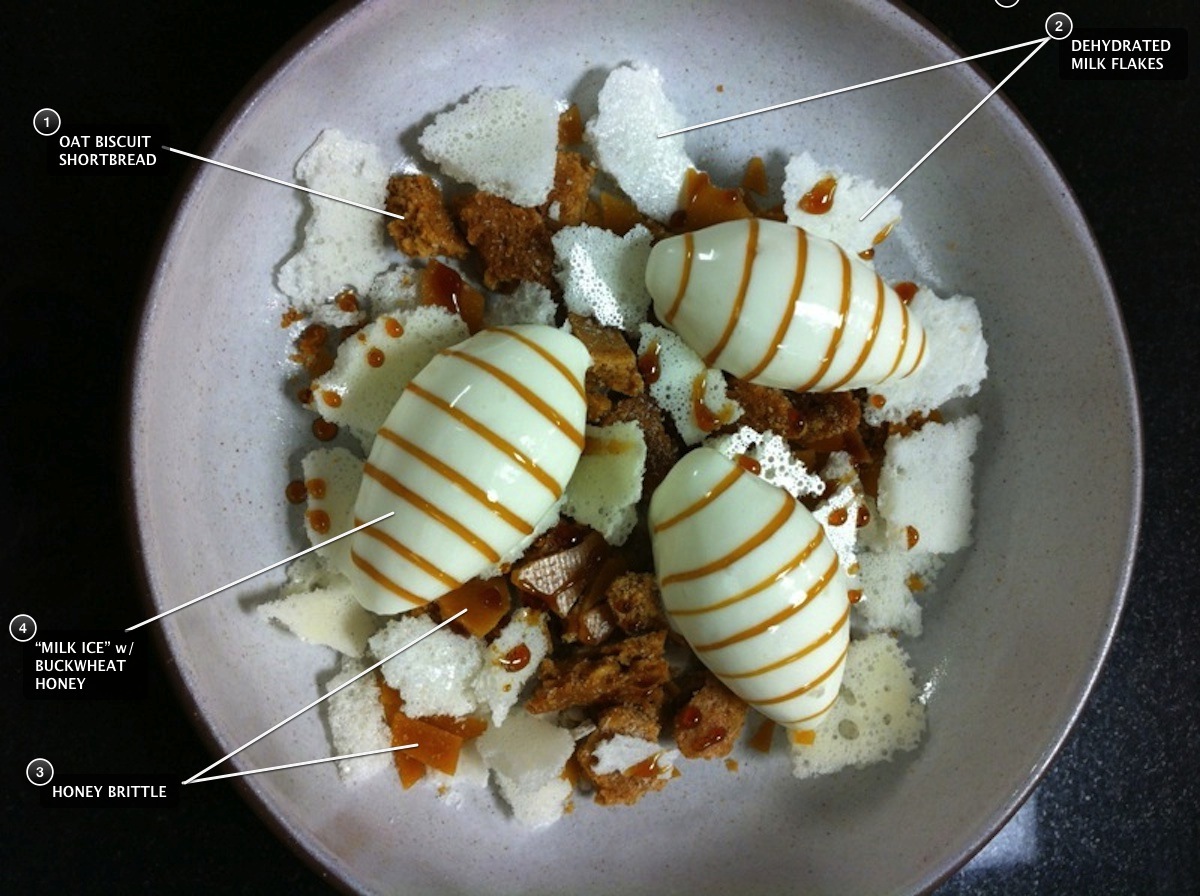 1. Honey oat shortbread | "It's a standard shortbread with lots of oats in it and lots of honey. Everything is made in-house here."

2. Dehydrated milk foam | "It's kind of like a wafer. It's similar to the foam from a cappuccino, with sugar added to it. And then we skim the foam and dehydrate it overnight."

3. Honey brittle | "So then I put down honey brittle, which is just a standard brittle, using half honey with the sugar. We roll it really thin."

4. "Milk Ice" and buckwheat honey | "This is basically milk sweetened with sugar. The honey is Andrew's Honey, from Connecticut. We did a lot of research on different honeys to get the flavor we wanted. The color pops, and the flavor is very strong. It's very pungent."