Le Fooding is at it again and this year’s feast could be the group’s best yet.

Back in 2009, Le Fooding crossed the pond to share its inspired approach to food with New York. Created by the journalist Alexandre Cammas in Paris in 2000, Le Fooding is a combination of the words food and feeling, and Le Fooding’s events gather chefs whose work illustrates a taste of the times. Now, for its fourth year in New York the team is serving up Le Fooding Brooklyn Fling from September 19th through the 23rd. I sat down with Anna Polonsky and Alessia Rizzetto, organizers for the event, to get the scoop.

First off, Le Fooding defines itself as above all else a teller of stories. The story that they’re telling this year is about a new generation of young talented chefs. As Rizzetto puts it: “A lot of new chefs are emerging in the outskirts of cities, for example in east Paris. It’s the same in London with the Young Turks and the same thing is happening in Brooklyn. New chefs have fresh ideas. New convictions.” Specifically, Le Fooding sees that this emerging tribe of chefs share certain traits — they’re tattooed, into a dandified type of rock, they cook without restraint, many of them are bearded, grew up with fast food and take inspiration from the quotidian and avant garde aspects of life instead of fine dining.

“Many food events don’t have a story to tell but with Le Fooding there’s something to say,” Rizzetto adds. “Each chef is a character in the story but they’re free to express themselves…we ask how they would express the story. They all bring their cultural baggage to the event. We create a bigger story and the chefs tell their part.”

And who are some of these characters? The ultra-cool chef Inaki Aizpitarte from the buzzed-about Le Chateaubriand in Paris will put his twist on piperade — a famous Basque dish based on piment d’Espelette, peppers and onions — at a brunch at NiteHawk Cinema in Williamsburg. Bertrand Grébaut of the hard-to-get-into Septime in Paris will be cooking lunch at the Brooklyn Flea. Pierre Hermé — the ne plus ultra of French pastry chefs and the eponymous branch of pâtisseries will create a special confection for the Campfire Session #02, which will feature performances by Mos Def/Yasiin Bey and a DJ set by Mike D plus Andrew Wyatt. Daniel Rose — the enviable American chef who owns Spring in Paris, will be part of Le Clicquot Brooklyn Tour, which will take over four Brooklyn buzzy restaurants and put on Champagne dinners. The dinner with Rose will be a collaborative feast co-chef’ed with Alain Senderens of Senderens in France and will be at Maimonide of Brooklyn.

Polonsky explains, “We’ve been thinking about it for years. Last spring we started putting it all together.” As for the music, she says, “We’re gathering different people and stories and movements. We curate the music the same way we curate the larger story. We almost reached out to Mos last year. Brooklyn is a natural fit.”

There are those who might offer that Brooklyn is a tad predictable for a food event. To that Polonsky responds, “We’ve worked to make it unexpected and not cliché and to show that tradition must be respected. A great example of tradition plus the new is Alain Senderens.”

Next year, in addition to the events and stories told in Paris, Milan and New York, Le Fooding will also expand to Los Angeles at the Museum for Contemporary Art. About its evolution Polonsky says, “We’re happy because we’re becoming more defined. The more international we got the more clear we got. By contrast — the more we do things the more people understand.”

Check out illustrations from Le Fooding Brooklyn Fling below. 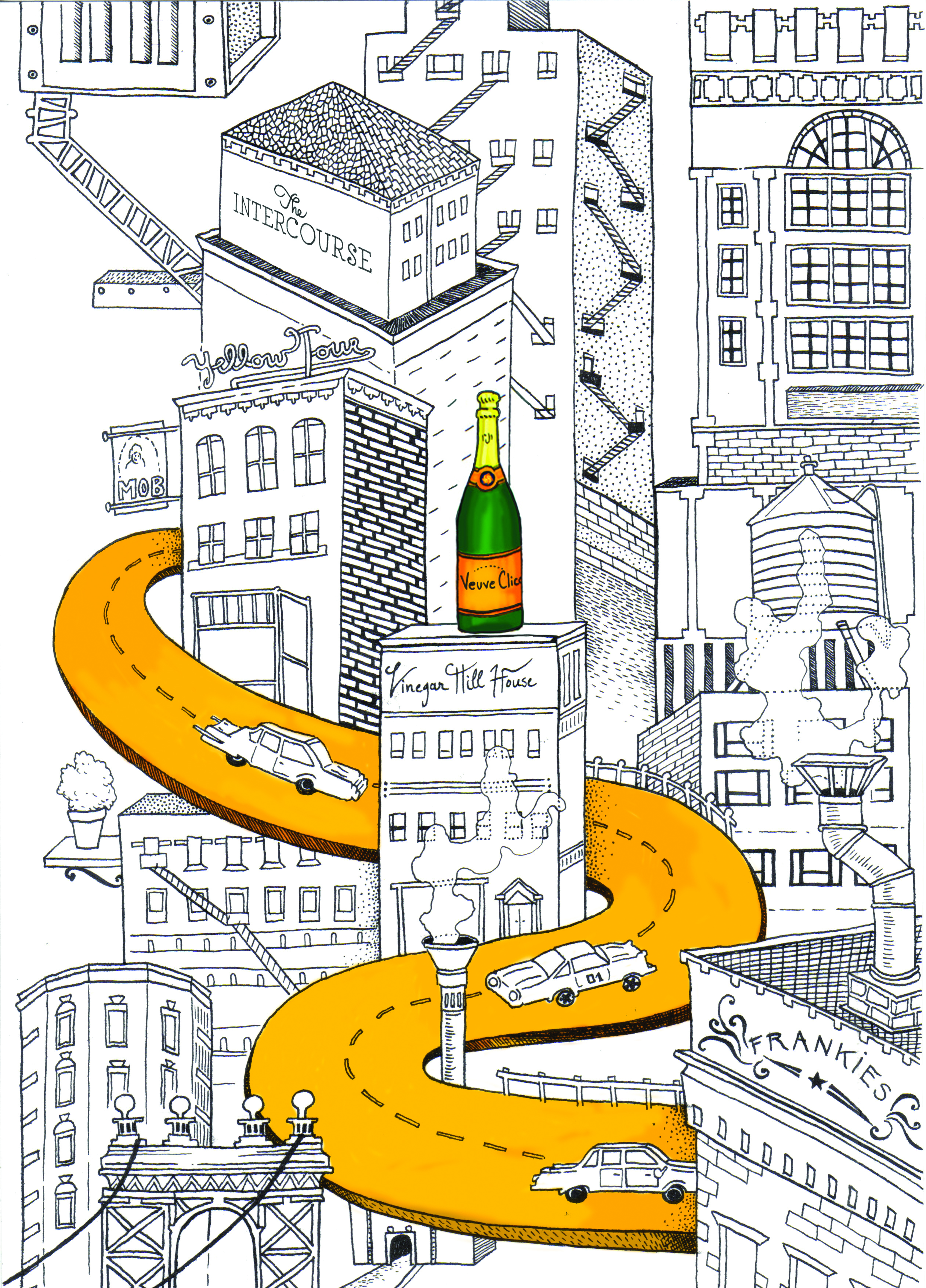 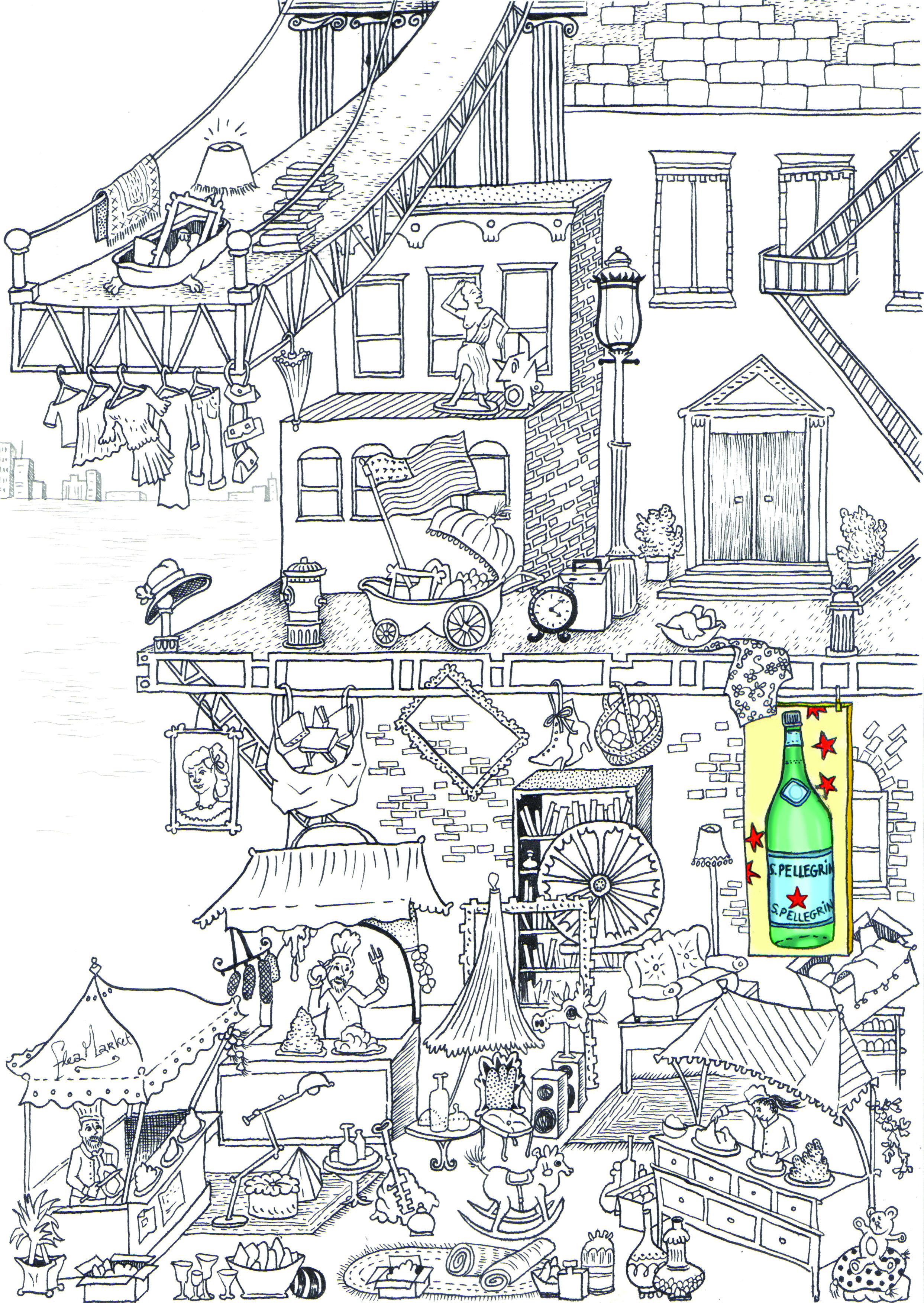 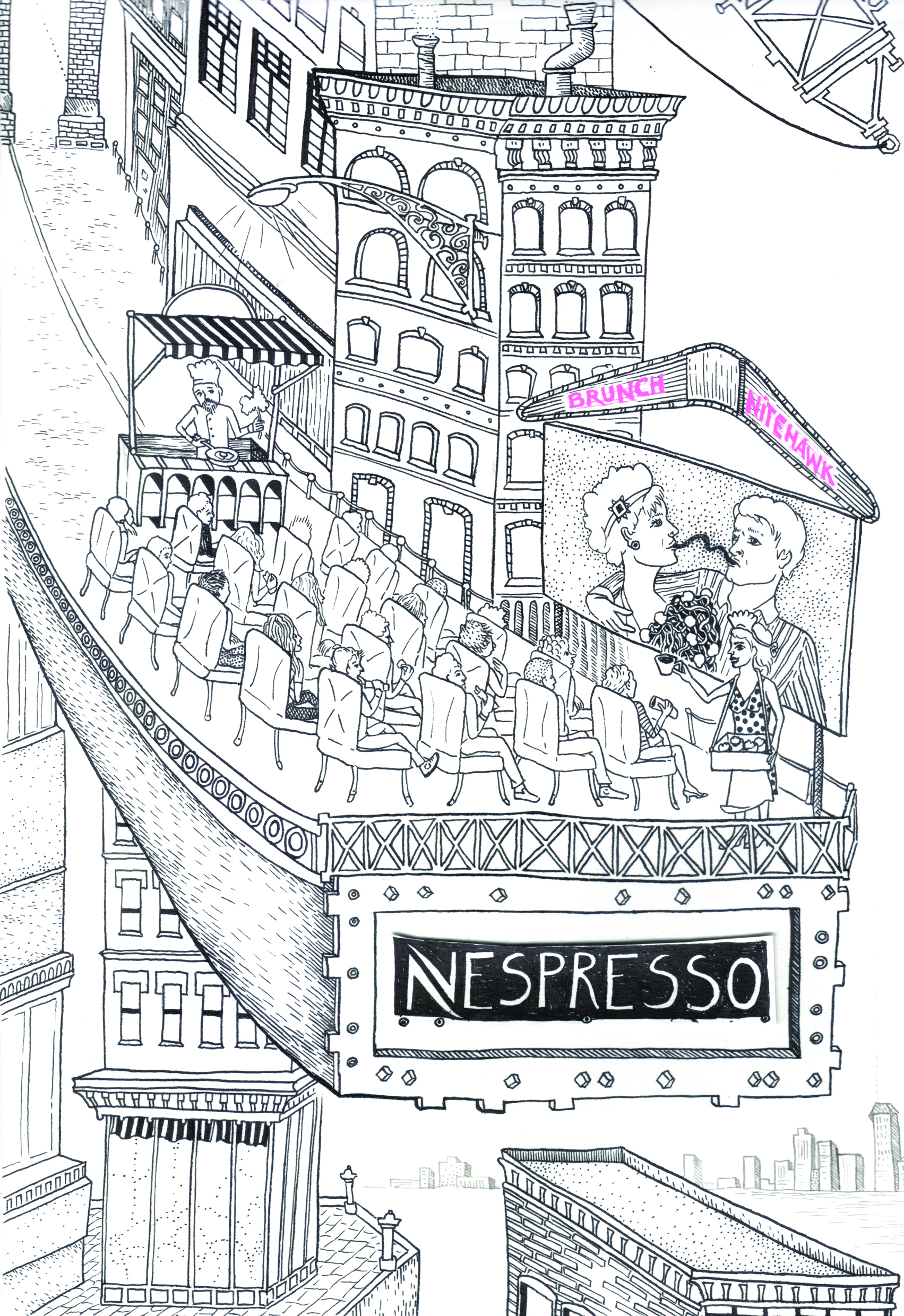