There’s nothing wrong with drinking pink wine. Summertime has us guzzling down plenty in the form of rosés and sparkling counterparts. But the label snobs in us can’t swallow it when some look as though they’re being targeted primarily for women.

The wine’s blushy enough without the label having to scream, “I love pink drinks!” Non-sparkling rosé producers seem less culpable than those behind the bubbly versions, some of which have taken a less-than-subtle approach to their wine’s feminine hue. A recent trip to a local wine shop produced several bottles labeled and packaged as though their contents should be poured in a bubble bath, not into flutes or wine glasses. Most women who are serious about their wines, this writer included, wouldn’t even appreciate that.

Needless to say, it’s what’s inside that counts, but when you reach for the same bottle over and over again until it empties — which tends to occur more with refreshing rosés on these hot summer nights — the visual components take on a greater part of the whole sum. With a lesser product, some of these offenders would be hard-pressed to even make it off the wine store shelves. So here’s a challenge to designers: beef up some of those brut rosé labels. Some suggestions: Use black, maybe even a skull. Help it make it safe for even the manliest dudes to enjoy a rosé during these hot summer months. 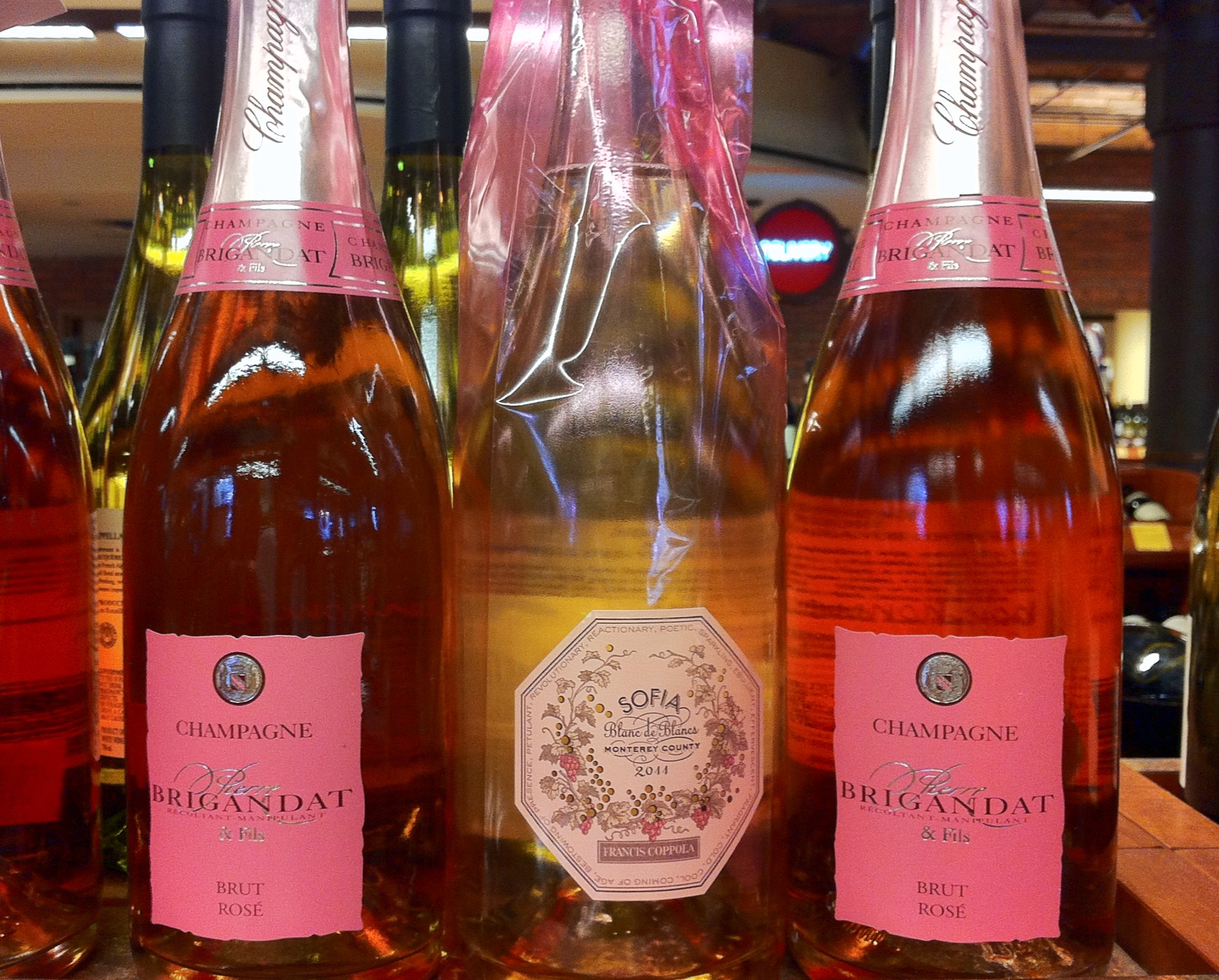