Forget everything you thought you knew about Swiss cheese, especially if what you picture is a rubbery, white, hole-studded block wrapped in plastic found at your local supermarket. Real Swiss cheese, not just the mass-marketed version, offers a whole range of creamy, sharp and flavorful experiences. From the heights of the Swiss Alps to the depths of the Kaltbach caves to the banks of the Emme River, here are eight raw cow’s milk varieties from Switzerland to open your mind and make you think about Swiss cheese in a whole new way. 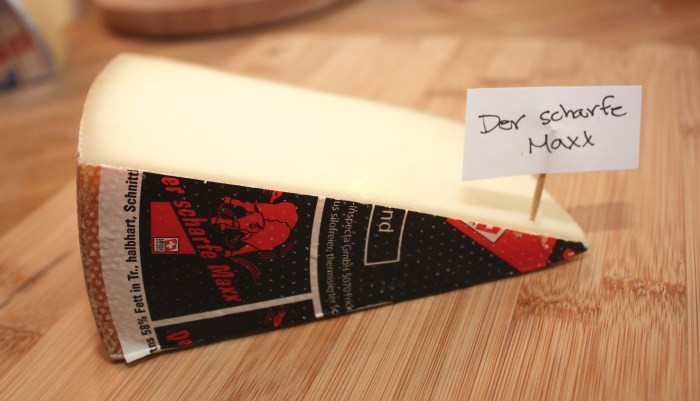 As you may be able to guess from the strong, funky scent, this cheese cures for a long time — more than 150 days. However, just because the cheese, dubbed Feisty Bull, proves pungent on the nose doesn’t mean the taste follows suit. Just the opposite, in fact. Instead of in-your-face flavors, each morsel melts in your mouth with a slightly nutty, caramel-y, almost custardy essence. One reason for this creamy texture is the addition of rich dairy during production, a technique that helps mellows the natural ripeness. You could almost say this variety works as a funky dessert, but far less sweet. 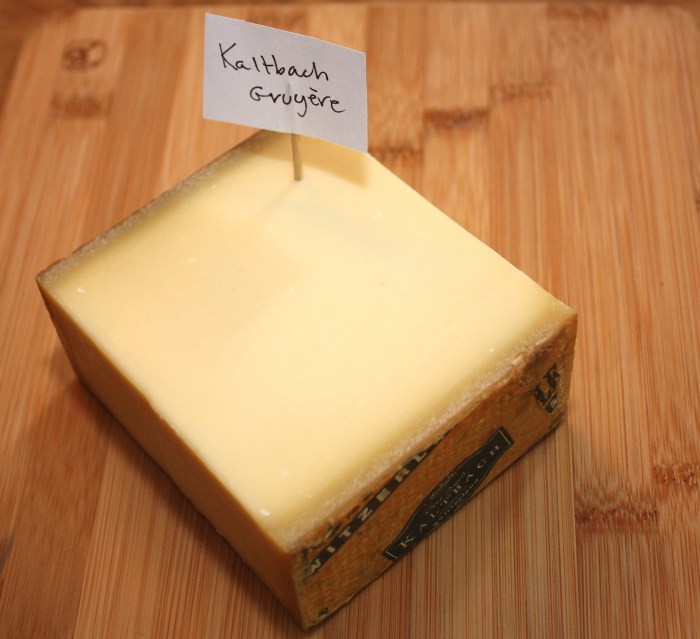 Cave-aging this firm cheese for at least 300 days gives it a depth not found in your average fromage. It’s dense with dark caramel notes, rich and earthy with a striking minerality that makes you realize just how long it spent underground. This particular cave, the Kaltbach, is located in the Alpine Valley, an area laden with sandstone and a cold river that lends humidity to the wheels. Here, the producers follow the same recipe that first made Gruyère a winner in the 12th century, which gives this Swiss cheese serious credibility. 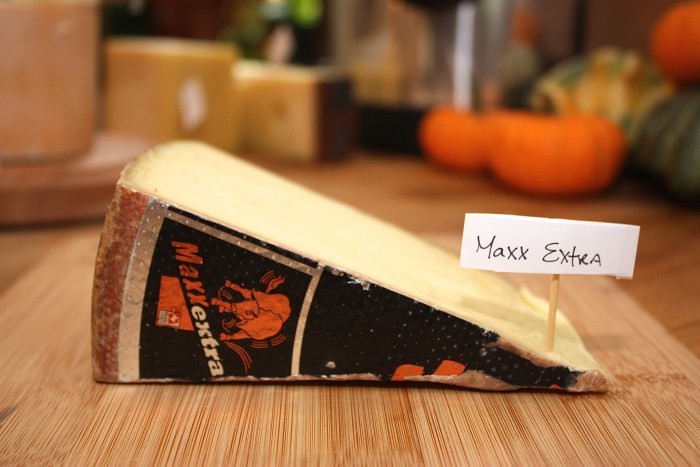 If you want a cheese to pair with your Oktoberfest beer or another strong, heady ale, Maxx Extra is for you. It’s a bold variety with a little grassy funk and acidity that tickles the tongue. It spends about a year aging, which gives the wheel delicate tyrosine crystals that crackle and thaw when you bite into them. Serve this cheese with tart fruit, pickles and a crusty loaf of sourdough. Just make sure to savor every bit. 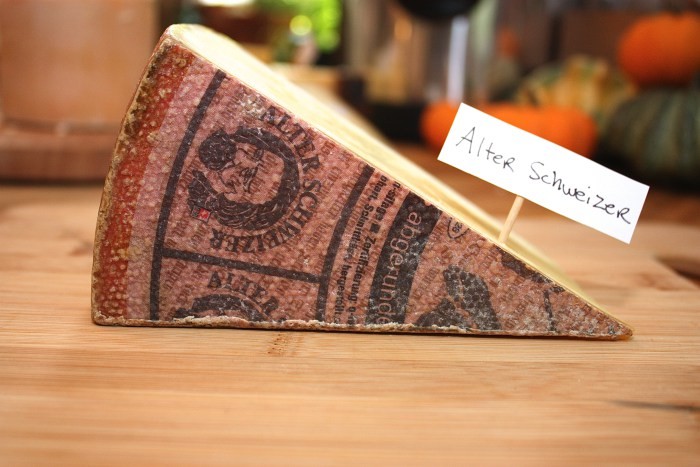 Basically this cheese, whose name translates as “old Swiss,” is your classic table wheel. It’s mild but full of nuances, and it goes with just about everything. Traditionally, each village created its own version of this cheese, and virtually every house had a wheel of the stuff on hand. We tasted a version by the family-run Käserei Studer, and it proved firm and easy to eat with a nice earthy, tree-nut aftertaste. Since it’s aged for about 240 days, there is a slight bit of funk to the rind and, surprisingly, a sensation as if the food were slightly charred, in the most pleasing way. 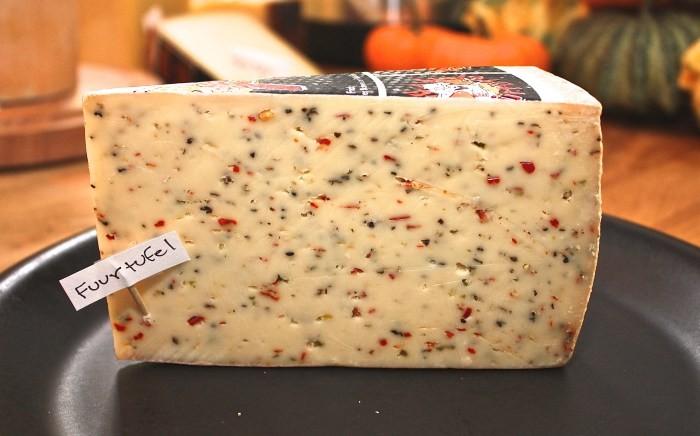 The easiest way to say the name of this cheese it to call it Fire Devil, which is what the German name translates to. The fire comes from a mixture of jalapeño, habanero, cayenne and black peppers that gets infused directly into the milk during the early stages of cheesemaking. Because of this addition, the bits of capsicum turn soft, and so do the milk solids around them. This gives Füürtufel a melty quality that works perfectly on anything calling for soft cheese. It also sings on a platter as the spice livens up any classic spread. Basically, it’s the best version of chili con queso or pepper jack you’ve ever had, with a bit of maturity at the end to make you remember you are consuming really good cheese.

One of the few cheese-serving tools is the cheese curler, a device that thinly slices the wheel into delicate, edible cheese flowers. This is where Tête de Moine comes in, the classic fromage for this device. The name means “monk’s head” and is derived from the original brotherhood that has churned out this variety for more than 800 years. You can get this delicacy from only one place, Bellelay, and it’s one of the few Swiss cheeses to be cloaked with a protected designation of origin label. That means each wheel you try will have benefited from the fresh herbs and greens that cows grazing in the Swiss Jura Mountains have eaten, as well as the spruce boards used to age the cheese for three months. As for flavor, a pungent yet dainty earthiness exudes from each bite, as if the cheese flower grew in a garden nearby. With a subtle minerality and saliva-inducing acidity, it’s a great accompaniment to just about anything. 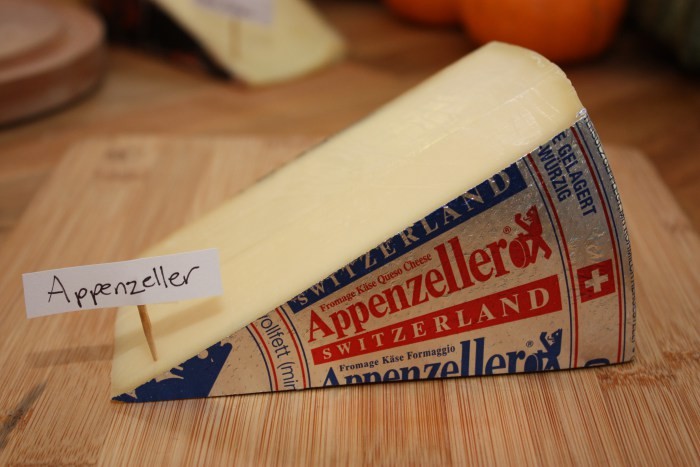 Of all the cheeses made in Switzerland, Appenzeller is the spiciest of the bunch, a flavor imparted by using a secret herbal brine comprised of wine, cider and spices. There is also a freshness to the cheese, as if you can taste the new spring grass the cows dined on, as well as clover warmed by an afternoon sun. To say it’s pleasant is an understatement. Given that this closely guarded recipe has been produced for 700-plus years in just 60 village dairies in Appenzellerland, well, it’s no shock that the fromage proves beyond good. 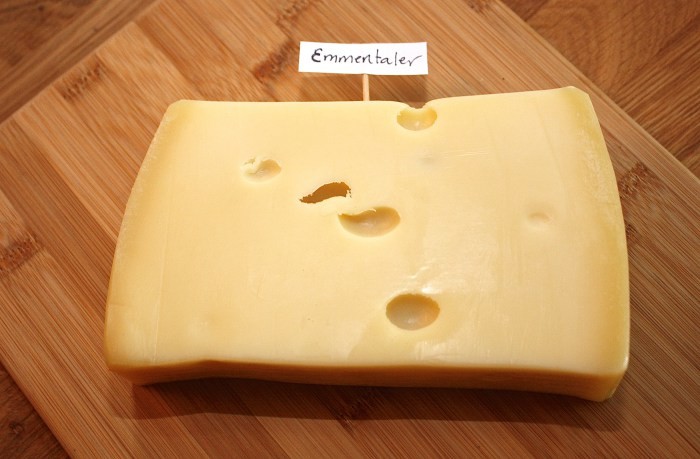 Of all the cheeses sampled, Emmentaler is the most similar to what Americans generally think of when talking about Swiss cheese. In fact, it’s the original Swiss cheese that made the holes so endearing to the general public. The first Emmentaler came about more than 800 years ago, a unique fromage created in the city of Bern in the valley of the Emme River. Today, you can still find the cheese made into 200-pound rounds, a size trick that cheesemakers used back in the day to pay less tax per wheel. The one we tried was aged in the Emmi cellars for about 120 days. The result: a lovely nutty, acidic cheese with a hint of bitter herbs. It’s the perfect adornment on a tuna melt, to cap French onion soup or grace a fatty burger.