Imagine this: You’re seated at your favorite Chinese restaurant and want to try something new, but the specials written on the wall are only in Chinese. If only you could recognize those characters! Thanks to Chineasy Everyday, published by Harper Design, you can learn to read basic characters via a fun and cutely designed book.

Hsueh dedicates an entire chapter in the book to our favorite subject: food.

Here is an excerpt:

Reprinted with permission from Chineasy Everyday 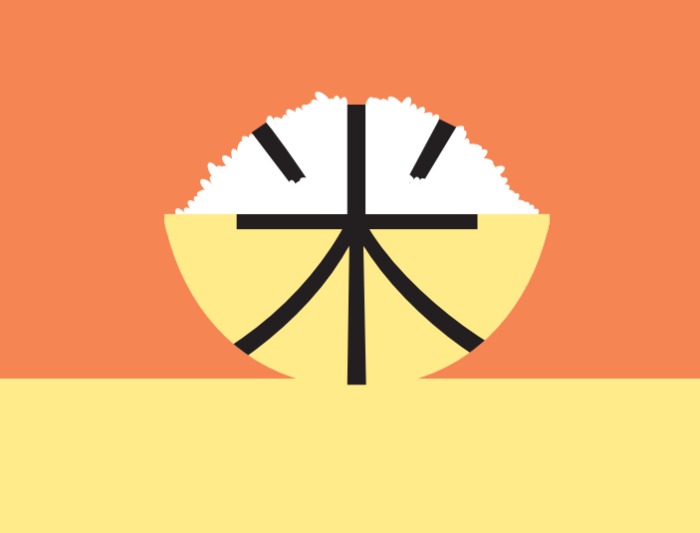 In oracle-bone inscriptions, this character depicted uncooked grains of rice on a wooden rack. In seal inscriptions, the rack became a cross (十), and the rice was indicated by four dots. 米 usually refers to husked, uncooked rice. The character 飯 (fan; simplified form: 饭) means “cooked rice.” To most Chinese people, a bowl of cooked rice turns any dish into a hearty meal. It’s no wonder that China produces and consumes more rice than any other country. If we “divide” 分 or grind “uncooked rice” 米, we turn it into “powder” 粉 (fen).

大米 rice (da mi) big + rice = rice. This phrase refers to rice that has been polished and is ready for sale. 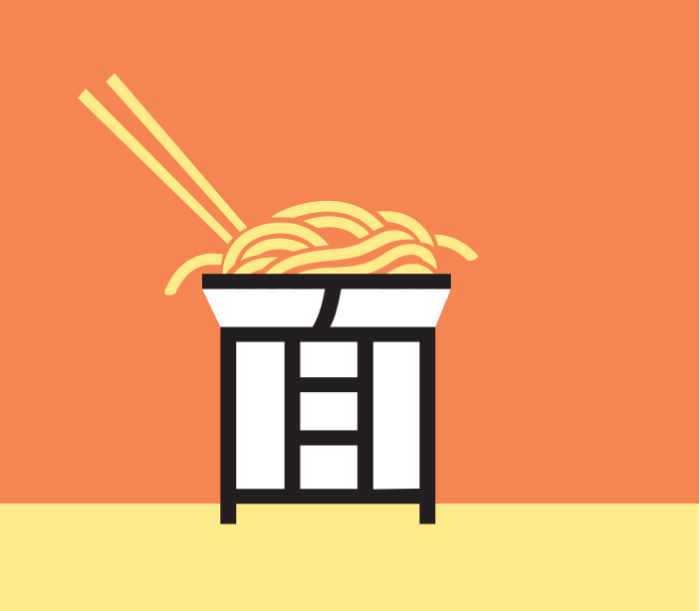 This is the simplified form of “noodle,” the traditional form is 麵, which is a combination of “wheat” 麥 (mai), indicating the meaning, and “face” 面 (mian), indicating the pronunciation. The simplified form of “noodle,” 面, was chosen as a replacement for the traditional form, 麵, because the characters are pronounced identically. If we put “noodle” 面 and “powder” 粉 together, we make the phrase for “flour”: 面粉 (mian fen). This phrase is quite easy to remember because most noodles are made from flour. 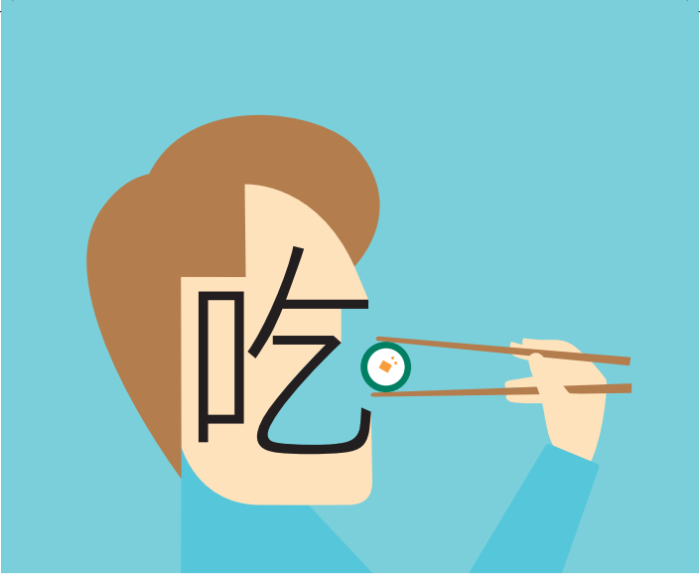 This is probably the most important character in Chinese history! When people greet you in China, instead of asking, “How have you been?”, they often inquire, “Have you eaten?” The character is a combination of “mouth” 口 and “to beg” 乞 (qi). When your mouth begs, it wants to eat. Before it took on its present meaning, 吃 actually meant “to stutter.”

小吃 street food/snack (xiao chi) small + to eat = street food/snack. Street food is part of daily life for most Chinese, and indeed across the whole of Asia: millions of people have their breakfast, lunch and even dinner at street food stalls every day. 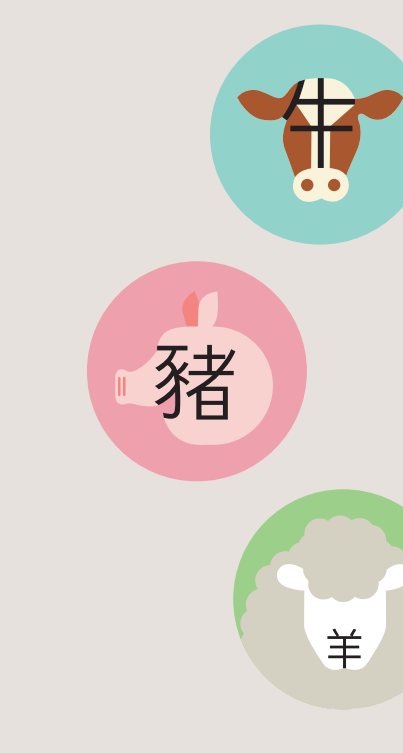 The original form of this character looked like a thick piece of meat with exposed veins. In its modern form, the veins have been transformed to look like one “person” 人 standing on top of another, and the component 冂 represents the outline of the meat. 月 is the form of the character used as a component in certain compounds. This modern compound form looks identical to the character for “moon,” 月 (see p. 28). However, in ancient Chinese writing they used to be different: the compound form of “meat” was written as , with unattached diagonal lines across the middle. Over time, has evolved to be written the same way as “moon” 月.

When you see “meat” 月 used in a compound character, the meaning is likely to be associated with “flesh” or related to parts of the body – for example, “liver” 肝 (gan), “muscle” 肌 (ji), “stomach” 胃 (wei) or “shoulder” 肩 (jian).

The character 肉 is also very useful when we refer to meat, poultry and fish. We build phrases in this simple way: “animal name” + “meat.” For example: