Normally we devote the FR Interview series to chatting with chefs. Allagash Brewery founder Rob Tod, like many of the personalities we feature, has been nominated for a James Beard Award (for Outstanding Wine, Beer or Spirits Professional, three times) and pioneered a wave of innovation in his field. And through a focus on local ingredients and an inspiring commitment to method and craftsmanship, he has commanded the hospitality industry to pay attention to the culinary merits of his small community in Maine. He’s making a great product, and people are paying attention.

Tod isn’t a chef, however, but the founder and master brewer at Allagash Brewing Company in Portland, Maine. In addition to becoming the East Coast’s trendiest new hot spot for weekend getaways, Portland has quietly been cultivating a strong microbrewery culture. It’s easy to understand why, with Maine’s large expanses of rural farmland. Until the late 1800s, the state provided much of the country’s grain supply before the industry moved west to the heartland. In recent decades, homegrown, artisanal brands have been harnessing the bounty of local farmers and reinvigorating this once-prominent industry. Consequently, Maine is once again rich with wild wheat and barley. Local producers like Allagash are taking advantage, featuring almost exclusively locally sourced grains in their products. 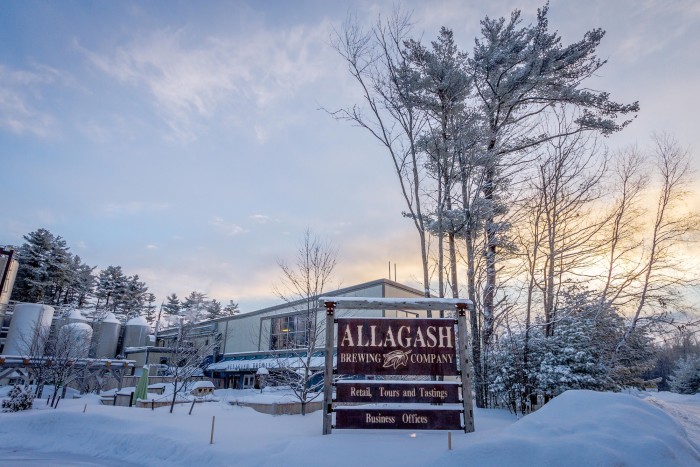 I sat down with Tod to talk Allagash, Portland and the dreaded seasonal onslaught of holiday-spiced beers. You won’t find any pumpkin spice IPAs here, but as I learned firsthand, 9:30 a.m. is a perfectly acceptable hour for a crisp draft (or four).

It’s impressive to see how far Allagash has come since its founding in 1995. What was it like during your initial launch?
The first 10 years were hard — no one wanted to buy our beer. When we did first have draft lines, even in Portland, it didn’t sell. The only reason we kept those lines was because I would go in and drink beer at those accounts. I think the accounts felt sorry for me because they knew the owner, me, was coming in and drinking his own beer.

Do you think the beer didn’t sell because Allagash was so new, or because you were doing traditional Belgian-style beer in Maine?
When I started, very few people had tried a traditional Belgian-style wheat beer. Very few of them had even seen unfiltered beer back then. It’s odd to transport yourself back to that time because now it’s like, the cloudier the better, or the cloudier the hipper. I used to walk into new accounts with a sample of the witte and the first thing people would say was, “What’s wrong with it? Why does it look like this?” It was just so unique. I think to an extent people almost felt bad saying it.

You have to have a thick skin when you’re selling beer, honestly. Back then, because there wasn’t all this interest in craft brewing, no one came out to visit us and no one was interested in what was new.

Now when breweries start up, they are immediately the belle of the ball — everyone shows up, which is great. It’s honestly helped us, too. We’re seeing so many people here, and that’s what I wanted to accomplish.

Our Coolship beers have been amazing.  We started making those in 2007, and I don’t believe anyone had tried making traditionally, spontaneously fermented beers like they do in the Brussels area. We worked with close friends of ours from Belgium in setting that up, and we still have a lot to learn, but things like the Coolship excite me. All our employees are constantly coming up with beers, too — everyone’s wheels are turning.

Allagash now is positioned in the market as a boundary-pushing brewery. I use the term “avant-garde” very carefully, but Allagash is certainly leaning heavily in this direction in terms of beer style and production methods.
A lot of people know us for the witte, but these days the witte doesn’t strike people as being enough avant-garde at all. Back when we started, it absolutely was. Innovation has always been an important part of our culture. We have an innovation program where if any employee has an idea for a beer — it doesn’t matter if you work in accounting or retail or wherever — they can talk to our brewmaster and brew it themselves on a 10-gallon system.

How long does that take?
About eight hours. A lot of those pilot beers have become full-production beers, actually. Fluxus is our anniversary beer, and it’s a different recipe every year. A lot of those annual recipes have come from our employees through this pilot system. This year’s recipe is infused with ginger and aged in gin barrels.

Commitment to using Maine products and supporting Maine local business is very important to Portland. Do you think Allagash could be Allagash anywhere other than in Maine?
I don’t think so. I’m terrible at coming up with names, but it was really important to me to come up with something that really resonated with Mainers. At the time, I thought we’d only sell beer in Maine. I always thought it would be sold in Maine, by Mainers, for Mainers. Allagash, aside from having a nice ring to it, is an important part of Maine’s history. Actually, it was recently the 50th anniversary of the Allagash Wilderness Waterway. It’s this wild, incredible place. I never envisioned that the brewery would be what it is now, size-wise.

I don’t think Allagash would be what it is without Maine. We actually just came out with this cool beer we’re very excited about called 16 Counties. It’s brewed with all Maine cereal grain. The oat comes from Maine; the wheat comes from Maine. Not only does the barley come from Maine, but it’s also malted in Maine. We never could have done that five years ago because no one was malting grain. A lot of farmers grow barley as a rotation crop [for potatoes]. We probably pay 2.5 times the price for Maine malted barley than we would sourcing it elsewhere, but we feel like it’s not only a great product for our beer, but it’s a great way to contribute to Maine and our sustainable agriculture industry.

I started my morning here with a glass of the One T beer, which is strong on citrus. But there is no citrus peel added to that recipe — it’s all from the yeast. I was shocked.
We stumbled upon the yeast used in that beer, actually. It’s a local strain of bacteria here in Maine (Brettanomyces claussenii) that somehow found its way into the beer. We almost dumped it, and then one day came in and noticed that this beer had started fermenting again after being inactive for months. 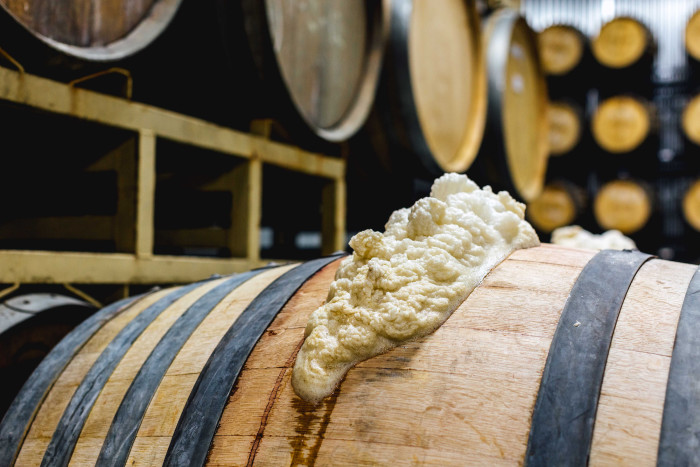 We let it go — it took about four more months — and as we were drinking the beer, we fell in love with the flavors. It has these fruity characters and dry, drinkable character. It even has some wine character. So some of the innovation here is accidental.

What’s the best beer for lobster?
It’s so unfortunate, but of all the food allergies to have in this town, I’m allergic to lobster. I can eat other shellfish, but lobster is off-limits. But our tripel with oysters is an amazing pairing. There is so much diversity now among beer cultures and innovation in the U.S., you can find a beer to pair with any food on the planet. It’s more of a challenge with wine, but with beer there’s always a pair. Even within our beers there is a tremendous amount of diversity. 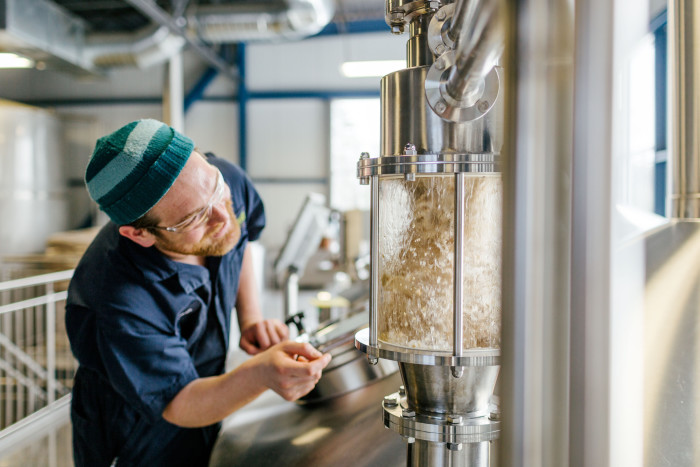 Admittedly, I drink almost exclusively our witte. I’ve been drinking it for 21 years. When I first started, the only thing that worried me was that I wouldn’t like the beer we produced here. I should have probably been worried about a million other things, but hating my own beer really worried me. I couldn’t sell something I didn’t believe in. Luckily, I fell in love with the witte, and I love it more with each passing year.