After years of obsessing over the fat content in foods, America has now fully turned its attention to another nutritional bogeyman: sugar.

On Friday, the U.S. Food and Drug Administration announced changes to the required nutritional facts label on packaged foods. Most notably, the new label requires manufacturers to reveal the amount of added sugar in their products. Previously, the labels made no distinction between the naturally occurring sugars found in things like fruit and the extra sweeteners used to make things taste better. 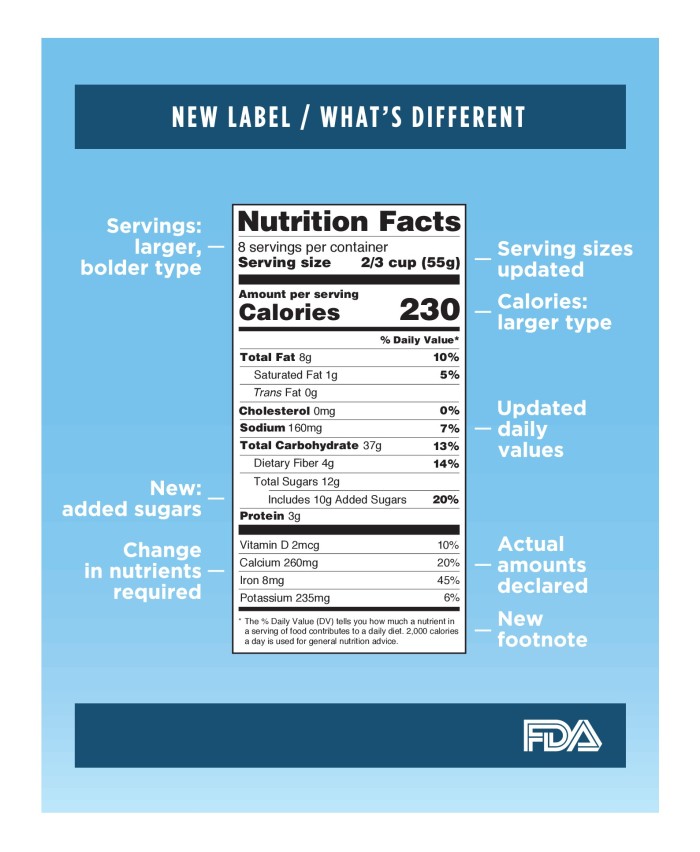 The New York Times follows up with an excellent report on the prevalence of added sugars, noting that about 60 percent of all packaged foods in the supermarket contain some form of additional sweetener, according to one study. It even shows up in some surprising places, like pasta sauces, salad dressings and bread. And a lot of times, this stuff is listed as something innocuous-sounding, like “evaporated cane juice” or “apple juice concentrate,” which is basically the same thing as sugar.

Current medical science shows that excess sugar intake is unhealthy, with links to obesity, diabetes and other problems.

Of course, medical science has singled out other nutritional villains like this in the past, and the outcome is not always a healthier society.

You’ll recall that the last public enemy no. 1 was fat. Now the so-called experts are telling us what a myopic mistake that was. Britain’s National Obesity Forum just released a report calling the promotion of low-fat foods “perhaps the biggest mistake in modern medical history.” That’s because many times, manufacturers were taking out the fat and replacing it with — you guessed it — sugar.

If the low-fat craze can teach us anything about the current anti-sugar crusade, it’s that maybe we should finally listen to nutritionists when they say there is no magic-bullet solution. “Surely it would be better if the population ate a little less sugar,” as one expert on nutrition and obesity tells Good. “But I think we’ve grown myopically focused on added sugar as a magic culprit, like if we just cut that from our diet, we’ll all be healthy.”

Another quibble with the sugar crackdown: On the new nutrition labels, added sugar will be measured in grams, not teaspoons, making it harder for people with no concept of the metric system (i.e., most Americans) to fully understand.

Too bad the FDA didn’t adopt the more consumer-friendly proposal put forth by HBO’s Last Week Tonight With John Oliver in 2014: asking food manufacturers to clearly label their products’ sugar content not in terms of grams or teaspoons but rather the equivalent in circus peanuts (5 grams of sugar each). See the clip below: