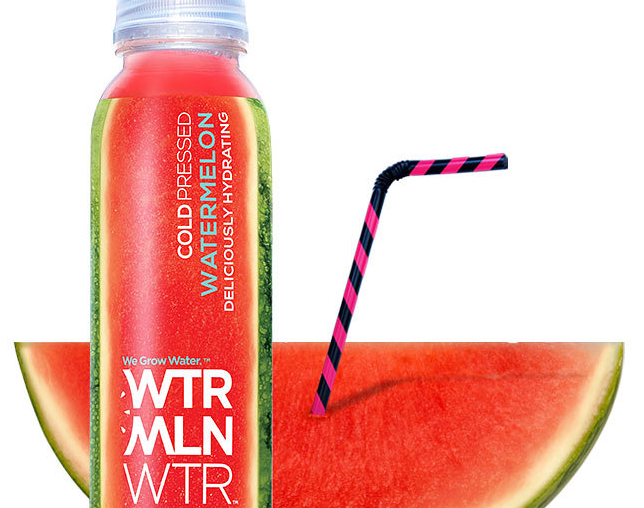 Watermelons consist of naturally purified water, electrolytes and other essential nutrients: In other words, they’re just itching for a run through a cold press. Hydrating has never been more…well, logical! The fact of the matter is that watermelons are hardy as all get-out. They grow best and sweetest where it’s dry (not wet, as some assume), and they grow rampant — so rampant, in fact, that 800 million pounds of watermelon go unused in America every year. Seeing as 92 percent of watermelon is pure water, that’s a prime juicing material bounty. And harvest they do — the good folks at new beverage company WTRMLN WTR are snatching up every unused melon they can get their hands on.

I went to the brand’s headquarters in New York City’s Flatiron District — I actually walked there in order to work up a hearty summer thirst — to chat with cofounder and CEO Jody Levy and her bustling team of watermelon elves. Just kidding, that’s not how it works.

How did you come to rescue and cold-press this huge glut of unused watermelons?
Google. When I read this fact about how much watermelon is wasted, it turned my problem-solving mind on. I’ve worked in every industry: hospitality, television, entertainment, live theatrical stages, automotive — but I’d never played in beverages before, and I got really excited. I realized that there’s a much bigger mission in this on the food-production side, as well as the opportunity to try to create something totally clean that upholds a promise of nutritional value and doesn’t have any sugar or chemicals. Plus, everyone loves watermelon. There’s this emotional connection to watermelon that’s so much fun to develop a brand around.

How do you source your watermelons?
We source from U.S. growers from all over the country — 10 to 12 states, depending on the time of year. The season typically starts in Georgia and Florida, then sweeps west, then back up and around. We pick ours based on the varietals, seasons and weather. We end up taking the seconds, the melons that people don’t want to buy.

For aesthetic reasons?
Think about when you go buy a watermelon: You don’t know what it looks like inside, so you try to find the perfect-looking one. You don’t go for something that’s yellow or scarred or sunburned, but those can be good for juicing! We intrinsically try to find the perfect melon on the inside. Also, a lot of people don’t want seeded melons anymore, and it costs more money to ship them through the supply chain than it does just to till them back into the earth. So we take those melons and press everything but the skin.

So watermelon season isn’t all about summer?
It’s more about rainfall. Even in the summer months, let’s say April in Georgia, if there’s a lot of rain, the way that that melon tastes will be affected by the rain. We actually monitor the weather systems of where our melons are coming from and select based on all of these parameters so we can get the most consistency, not just in flavor profile, but also in nutritional benefits. WTRMLN WTR is just watermelon and organic lemon, which sounds so simple, but it’s such a process in formula and protocols and regulations to get to the place where every bottle you’ve ever had tastes exactly the same.

Let’s talk a little more about the cold-press method.
The watermelons get hand-cut to remove the skin and everything goes into a big grinder, which takes the pieces and makes them small pieces — this all happens in a cold environment between 38 and 42 degrees. From the grinder, it goes into a large cold press and a series of springs and flat panels that come together and slowly push the watermelon pieces together to extract the liquid, but in no way adding heat or tension. That liquid stays cold all the way through the bottling line, then every bottle goes into a large vat of cold water and it gets hit with extreme pressure, a process that allows us not to pasteurize and keep it raw. The pressure gets rid of any harmful bacteria.

How did the bottle design come about?
We decided to create a watermelon. The label is just a high-res shot of our prized watermelon, but we also treat it as a design object. I look at every bottle as an interface with the ability to tell a story about what we put in our bodies. There’s a lot of content related to our product because it does so many things.WTRMLN WTR has citrulline, an amazing vascular dilator and libido booster. It’s great before and after a workout, has six times the amount of electrolytes as Gatorade, plus lycopene, which is an antioxidant. To tell all of that is lengthy and complicated, so it’s important for us to design an accessible, fun package with language that is kind of cheeky and provocative and makes you smile.

BesidesWTRMLN WTR, what’s your favorite way to consume watermelon?
I really like watermelon salads with feta and really good olive oil. [Food scientist] Andrey [Ayrapetov] has come up with all these recipes withWTRMLN WTR as the base, like gazpacho with a smoky cashew crème. I use it in salad dressing with a good aged balsamic. My cofounder Harlan [Berger] marinates his rack of ribs with it.

What are the odds we can get these bottles onto airplanes where they really belong?
Well, we have them in [New York airports] LaGuardia and JFK. They’re coming to the Detroit airport in a couple of weeks, which I’m very excited about. On airplanes, it’s tricky because they need to stay refrigerated and there isn’t a model that’s conducive to that.

They really should create one.
I know — we’re going to have to talk to Richard Branson about that.