You might think that there are too many coconut water brands out there. And you just might be correct in believing that. Head to the nearest grocery store or deli and chances are that the shelves are stocked with an unnecessarily large number of colorful, often oddly shaped bottles, each proclaiming supremacy as the best tasting coconut water out there. You might think that they all taste about the same. And we just might have agreed…until we sampled Harmless Harvest from a local Whole Foods (the market signed a deal early on to carry it at every location in the country).

Made with 100% raw coconut water from a remote region in Thailand, Harmless Harvest bottles on-site and uses a unique high-pressure system to eliminate the need for homogenization or mixing. What does that mean? We’re not exactly sure, but the result is like cracking open a fresh coconut and tipping its contents straight into your mouth. So, just why might you have not yet heard of the company that we claim is bottling the best stuff? Co-founder Justin Guilbert explains that his entire budget is devoted to the production process — not the marketing. Basically, he wants the water to do the talking. That’s refreshing, kind of like his products. We caught up with Guilbert to talk trends, science and pink-colored water.

Why is coconut water so big right now?
It’s simpler to understand coconut water if you frame it with sports drinks. I think people made the leap between Gatorade and coconut water quite easily because essentially the makeup of coconut water is quite similar to what the Gatorade product is, but it’s not synthetic. Gatorade is all about water plus electrolytes plus sugar, and that’s going to give you hydration — salt and minerals to properly rehydrate and a bit of sugar for energy. The beauty of coconut water is that it has a similar makeup, but it’s all natural. It’s complex carbohydrates, it’s electrolytes, there are no chemicals and it’s metabolized way better by your body. I don’t know if Gatorade and Powerade are as prevalent in other countries, but the American market understood right away. Unfortunately, I have to say that a lot of the packaged coconut waters out there are not tasty.

Why not?
Processing. It’s like orange juice. You’re working with an inferior-quality ingredient.

And why do companies do that?
Cost. They’re spending money on billboards and advertising. I spend money on my coconuts, my farmer and my technology. My marketing budget is my talking to you. No matter how much bullshit I spin around my grand story, at the end of the day my fundamental senses are telling me if a product is good or not.

Why start a coconut water company?
We were trying to find categories of markets where there was the broadest disconnect between the marketing product and the actual delivery in terms of product. We were looking for those wide gaps. And in that process we got to coconut water and we were like, “Gee, this is kind of a big food marketing wet dream.”

How come?
Coconut has an unbelievable collective unconscious with incredible positive attributes. If you ask someone what he or she thinks of coconut, it’s generally positive stuff like “exotic” and “healthy.” Basically you’re on vacation. 99% of people have no clue about what coconut water tastes like in the first place, though. Essentially you can create a product called “coconut water,” which everybody is going to have a great, positive desire to try and buy, and sell something without any challenge that’s coconut water with a very diminished flavor. You can basically sell the equivalent of Sunny D and call it fresh-squeezed and no one would know any better. For us, that was kind of the perfect storm. On top of that, large companies like Coke and Pepsi were not only buying up small companies, but buying up sources and manufacturing too. So, we felt comfortable that they were going to do their job in educating an audience and creating a long-term category. We focused on redefining what coconut water tastes like. 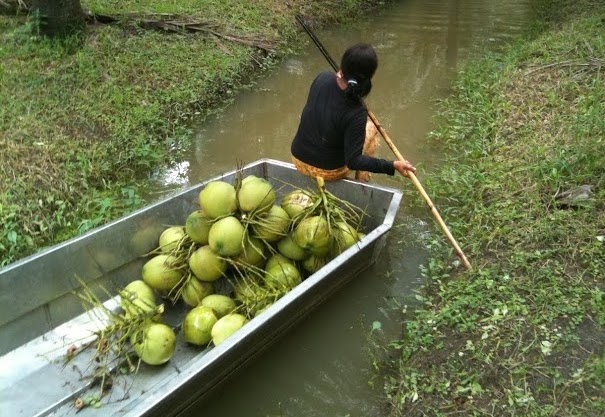 Harmless Harvest does in-line bottling in Thailand, with no homogenization or mixing.

Is all the bottling done in Thailand?
Yes. We built a factory from scratch in the middle of the province — the rural backwaters of Thailand — because in order to keep the flavor, it’s all about how fast you get it inside a bottle. Basically, it’s one coconut for a small bottle and two coconuts for a big bottle. We do direct in-line bottling with no homogenization or mixing.

What about the high-pressure process you use?
Coconut water’s low acid and high sugar content means that it spoils very quickly, even when it’s refrigerated after a couple days. We were the pioneers — I think Evolution Fresh was the other company that did this at the same time — of the high-pressure process. That’s now become a very big industry in the last couple years and we’re basically the leaders of the category, which utilizes pressure instead of heat to extend the shelf life.

Why is some of your coconut water pink in color?
Because we don’t fuck with it! There are live, active enzymes called polyphenol oxidase in our product since we don’t use thermal treatment. Exposure to light and time are factors. The fact that other coconut waters don’t change color is abnormal.

Are there differences in nutrition? Taste?
The [pink ones] have a higher concentration of antioxidants and a lot of people market antioxidants for their free radical fighting, but we prefer not to enter that type of debate. I personally like it better because I think it’s sweeter. 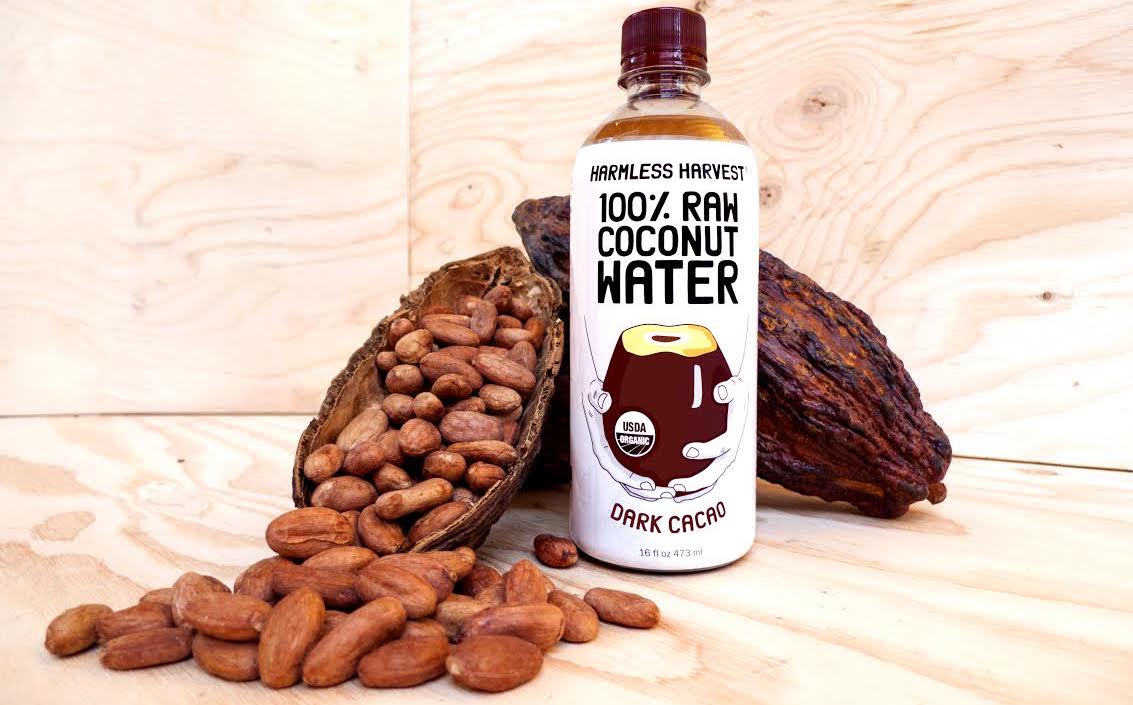