Dan Dunn is visiting wineries across the country for his new book project, and he’s spilling his guts along the way in his long-running Food Republic column, The Imbiber. This is the fourth installment. Click here to read part one , part two and part three .

“We’re not in Kansas anymore,” I mumble, watching the endless New York City hordes stream past my perch atop a bar stool inside the Measure Lounge at Langham Place Fifth Avenue in Manhattan. Helluva wine list in this joint.

“Did you visit Kansas on your way here?” asks the young man sitting across from me. He bears a resemblance to New England Patriots quarterback Tom Brady, only instead of tossing footballs for a living, Michael Smith slings high-priced hooch.

“I didn’t go to Kansas, but I did meet a dog named Toto,” I tell Smith, 27, who’s been a food and beverage manager at Langham Place for the past three years. “Pretty sure his name was Toto. It was in Prosser, Washington. I was there — oh hell, what was it? — like, six weeks ago. Big black Labrador. Belonged to the ranch manager at a property owned by Precept Wines. When he was a puppy, poor Toto got into it with a badger and lost an eye and both his testicles.” Badgers are nasty sons-of-bitches. This one bit Toto’s balls right off. Not sure if he swallowed ‘em or not — badgers are omnivores, right? Toto didn’t seem too bothered by it, though.

Smith just shakes his head. Either he hasn’t spent much time pondering castration by badgers, or he’s questioning whether the disheveled weirdo slugging back Jordan Chardonnay in his joint is indeed the professional wine writer he claims to be. Smith tops off my glass and excuses himself. Says he has some urgent matter to attend to. I know that look. Either he is calling hotel security or needs to take a wicked dump.

I am too tired to care anymore.

In the two-plus months since setting out from Southern California on a quest to become the leading authority on wine in America, I’ve driven some 8,000 miles, consumed approximately 177 gallons of wine and squeegeed an incalculable number of dead bugs off the windshield of my Toyota SUV.

When I mention the latter to a winemaker in the Finger Lakes, he asks me if I know what the last thing was that went through a bug’s head when it hit the windshield.

I’ve been telling that joke even since, a total of 16 times; 17 counting this one.

I’ve gotten a speeding ticket in Oregon, had a close encounter with a large bear in Colorado, lost two credit cards, a pair of glasses and some shoes. I’ve nearly been in three fights, but have actually been in zero fights.

On the plus side, unlike Toto, I’ve managed not to misplace my balls. Plus, I haven’t seriously considered taking my own life since I was in Des Moines, IA — oh hell, what was it? — like, four weeks ago. And that doesn’t even count since virtually everyone thinks about killing themselves when they’re in Des Moines.

While in New York City, I also meet with Daniel Johnnes at a wine bar called Racines in Tribeca. Johnnes is the James Beard Award-winning wine director for Daniel Boulud’s Dinex restaurant group. He’s forgotten more about wine than I have even begun to learn on this trip. In other news: I have forgotten most of what I have learned on this trip.

Point is, Johnnes is one of the world’s foremost authorities on wine. There is certainly no compelling reason for a man of his viticultural stature to take time out of his busy schedule so a schmo like me can ply him with ridiculous questions for my book research. But, he graciously agreed to meet anyway. Tellingly, he chose Racines, which boasts a wine list populated almost entirely with French selections.

Johnnes makes no bones about it. He doesn’t think American wine as a whole can hold a candle to the stuff the French produce. He also doesn’t think holding candles next to une bouteille du vin is a good idea. I decide to keep my opinions on mulled wine to myself.

He’s not alone in his Francophilia, of course. I’ve met with numerous authorities on wine in the Big Apple and every one of them has a hard-on for the French stuff. Well, save for one — former adult film superstar-cum-winemaker Savanna Samson — who is having a hard time getting it up for the tricolour these days. I’d say not having a penis has held her back, except that’s not true either. Her filmography tells us she’s had plenty of penis. Penis or no, Savanna has been making critically acclaimed wine in Italy for nearly a decade and won’t drink a drop produced anywhere else. 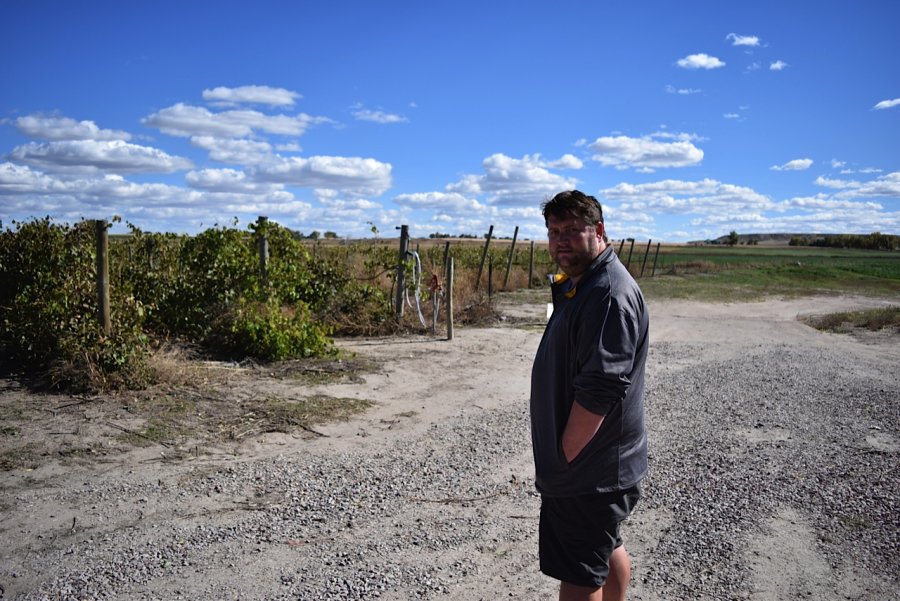 It makes you wonder what the hell this rampant Eurocentrism in the Manhattan wine scene is all about. I mean, New York is the greatest city in America (just ask any New Yorker). So why do so many of the movers and shakers in the NYC wine world prefer juice pressed across the pond?

A similar thing goes down with Savanna, actually, only the look of reproach she gives me as she gets up to leave conjures memories of lonely nights in rundown hotel rooms with spotty internet service and low-grade complimentary body lotion. Damn you, spotty internet!

Look, I’ve yet to encounter a wine wizard who has argued that America doesn’t produce some great juice. Indeed, Daniel Johnnes sings the praises of a number of stateside producers, and seems genuinely interested in hearing about some of the more off-the-beaten-path wineries I’ve visited. However, many of the learned folks I’ve come across are of the opinion that almost all the great stuff comes from one of three places — California, Oregon and Washington — with New York and Virginia capable of fielding a winner now and again. As for the rest of the wine in this country, well, they mostly think it’s shit.

I wonder how many of them have actually ever tried Brianna from St. Paul, NE; La Crescent made in Paw Paw, MI; or, the Bordeaux blend made in Paonia, CO. I have, though, and I think it makes me see things differently. When I see people making wine in far-flung spots across America, I’m reminded of that irrepressible dog in Prosser, whose name, it just dawns on me, is Robo, not Toto. (See? We really aren’t in Kansas anymore).

The critics come at them like rabid badgers, intent on clawing out their eyes and chomping off their privates. And while they sure as hell harbor no illusions of supplanting Tuscany or the Rhone in the hearts and minds of serious wine drinkers, they’re every bit as hard-working, innovative and proud of what they produce as the industry’s heavy hitters. They just don’t give a shit.

Patrick Zimmerer opened his Table Mountain Winery in Huntley, WY, right around the same time an eager, clueless puppy in Washington State decided to get into it with a bitter old badger down the far side of the pond. At the time, the cognoscenti — had they taken notice — likely would have given Zimmerer less of a chance to survive than ol’ Toto/Robo/Gogo. Yet, here they are 10 years later, tails still wagging.

That takes grit, a large helping of blind faith and an unshakable belief in one’s ability to endure in the face of near impossible odds.

That, my friends, takes balls.

Read more from The Imbiber on Food Republic: