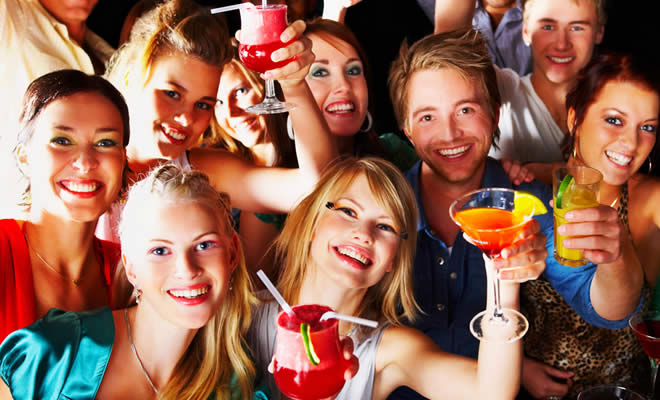 So many drinks. So many personalities. (Photo: Famously Frozen)

Dan Dunn is Food Republic’s brave booze columnist, the author of such stories as Introducing The Liam Neeson Drinking Game and Friday Is National Vodka Day. Who The F*&K Cares About National Vodka Day? The man does not hold back, as we see in his latest to run in conjunction with Food Republic Frozen Drinks Week.

But there ain’t no cure for hot like cold. And there ain’t no cold like frozen. And I hear that frozen things can be combined with drinking things. There’s just one problem. Most frozen drinks are all hat and no cattle, lulling you into a fantasy of ice and sugar with barely a smidge of the good stuff, Satan his-self’s ball juice, sweet mother ethanol.

FROZEN DRINKS AND WHAT THEY SAY ABOUT YOU, DEEP DOWN…

Piña Colada
This cocktail exploded in popularity in late 1979 following the release of Rupert Holmes’ chart-topper Escape (The Piña Colada Song). But unlike Rupert Holmes, the Piña Colada proved to have staying power. This has always struck me as odd too because while the drink is exceedingly vile — a saccharine synthesis of pineapple juice, cheap rum and cream of coconut that evokes a recurring nightmare I used to have involving the Stay Puft Marshmallow Man felching the Pillsbury Dough Boy — Escape (The Piña Colada Song) is delightful.

Frankly, I’d say it holds its own against anything Harry Chapin or Jim Croce recorded in the ’70s. I mean, check the concept: Dude’s tired of his old lady and takes out an ad in the personals. Arranges a rendezvous with a stranger based on a shared affinity for cloyingly sweet frozen drinks, only to discover that the potential mistress is his old lady. Turns out that, just like him, she’s a no-good cheater with lousy taste in cocktails. So do they kill each other? No way! They laugh it off, throw back a few Piña Coladas and get jiggy with it right there in the dunes, giving each other different strains of syphilis, contracted from all the other lovers each had taken over the preceding months. Marriage saved! It’s like Cats in the Cradle or Time in a Bottle, but with more boning. Still, rather than taking his rightful place alongside America’s greatest singer-songwriters, after Escape Rupert Holmes only went on to win a Tony and a Drama Desk award for his career-shifting work on Broadway. Slacker. And apparently he’s also British. So what does drinking Piña Coladas say about you? Frankly that’s between you and whatever anthropomorphic desserts you’re felching behind your spouse’s back. But between you and me, it means you have syphilis.

Cosmopolitan Slushy
I think of this drink the way I think of pre-Columbus America — someone wealthy was eventually going to figure out it was there, and when they did, they would inevitably commit a series of heinously unethical acts causing untold misery and sorrow. Should the desire to order this libational abomination ever arise, you are advised to immediately shout “Geronimo!” and punch yourself in the face. Hard. If the urge to consume this calamitous cocktail continues, punch yourself again, with the same exclamation. Only harder. Right in your stupid fat face. Preferably while wearing a large ring. The goal here is that swift, contingent stimulation will inhibit the recurrence of your puerile cocktail cravings and you will move on to something further down the list. Perhaps something starting with an M. If operant conditioning does not work, however, and you continue to drink Cosmopolitan Slushies, what it says about you is that you are a terrible person who has a hard-on for manifest destiny and American exceptionalism. 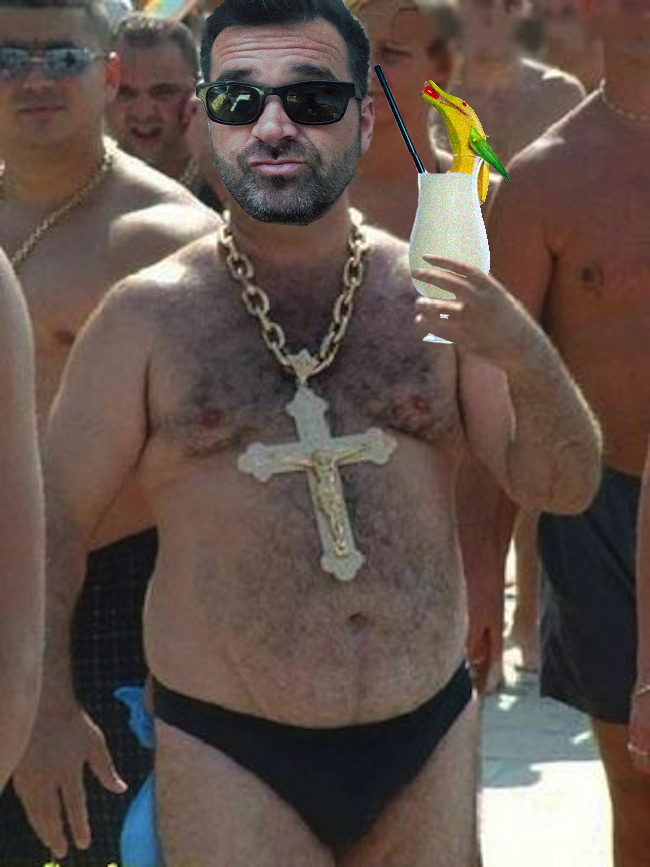 Banana Daiquiris are freaking delicious. If you drink them it means you are comfortable with who you have become. Which is to say, a monster.

Margarita
There’s no doubt that a traditional margarita is one of the 11 greatest cocktails ever invented. Tequila, triple sec and lime juice over ice. Simple. Sublime. Sexy. And when you think about it, what could be wrong with dumping the whole she-bang into a Cuisinart and blending it to a state of light and frothy deliciousness? After all, you’re not changing the essence of the drink, just the form. So why am I so turned off by frozen margs? One word: History. History tells us loud and clear that messing with a successful original is the mostest dangerousestest game. Sure, Dick Sargent was a slight improvement over the first Dick (York) who played Darrin Stephens on Bewitched, but for every one of those isolated success stories there are countless examples of tweaks to a brilliant original that didn’t take — New Coke, skinny Jonah Hill, Gus Van Sant’s Psycho, Meg Ryan’s latest face, lower-proof Maker’s Mark, CSI: Omaha, Bush 43, post-Giuliani Times Square and Michael Jordan’s baseball career. If you drink frozen margaritas it means you like sober Charlie Sheen. You have my sincerest apologies.

It means you’re spending way too much time in California, brah.

Mint Julep
Is the mint julep technically a frozen drink? Have you ever been to Kentucky in the summer? Am I technically having a conversation with someone or am I sitting alone at my computer constructing some sort of elaborate Rumsfeldian maze of self-querying? The answer is shut up Internet, you don’t exist!

So yeah. It’s hot right now and if you need a cold, cold drink that won’t put you into a shame spiral, it’s hard to do better than a julep, so I honestly don’t give a rat’s ass if it’s frozen or not. If you make it right the outside of the julep cup gets all frosty — does that count? Does a bear shit on the pope?

Here, watch my man Jim Meehan — one of the greatest bar guys who ever tendered — teach you how to make a proper one…

If you’re drinking a mint julep, it means you value simplicity, you don’t care about technicalities and you aren’t afraid to have a conversation with yourself.

Peach Fuzzy
Perhaps you’re thinking, pink lemonade, vodka, fresh juicy peaches? All we need is the Pillsbury Dough Boy, some Krazy Straws and a Real Housewives marathon and we’ve got ourselves a rage-ass par-tay! Funny thing is, I was thinking the same thing. And you know what that says about us? Says it’s time to get our brainfreeze on, motherfucker! Which reminds me…

Drinking a peach fuzzy means you have lost all capacity for shame. I’m going to go ahead and call that a good thing.