The last four months have been a boom time for the Los Angeles dining scene. The culinary wealth extends from LAX to downtown and hits appear at all price points, from  breakfast sandwiches to a “super omakase” at an exclusive chef’s counter. We’ve done our homework. As in, eaten some serious meals. And with that here are 11 of the most promising openings from the past four months in L.A. County.

Orsa & Winston
Chef Josef Centeno, a well-known grinder who seems most comfortable in the kitchen, steps into the spotlight at Orsa & Winston, which features a refined combination of Italian and Japanese cuisines and a more open design that keeps the main man front and center. The menu changes daily and gets as ambitious as diners will allow, from a four-course family-style menu that costs $50 per person to seats to a “super omakase” meal at the chef’s counter. The menu is highly seasonal, but you might catch dishes like koshihikari rice with uni and Pecorino cream or pork loin with chicken liver mousse and huckleberries. Centeno already captured the attention of Angelenos with Bäco Mercat and Bar Amá in the Old Bank District, and Orsa & Winston is likely to keep it. 122 West 4th Street, Downtown, 213-687-0300, orsandwinston.com

The Factory Kitchen
This concrete and steel showpiece in the downtown L.A. Arts District features flashes of color from reclaimed wood tables and fire red chairs. Matteo Ferdinandi is running the front of the house while longtime Valentino chef Angelo Auriana is at the stove at this Italian-to-the-core restaurant. House-made pastas have been early hits, including marjoram-speckled corzetti stampati with veal and tomato sauce. Really though, plenty of people would visit just for the focaccia calda di recco al formaggio, thin focaccia stuffed with crescenza cheese and dressed with arugula and Ligurian olive oil. 1300 Factory Place, Downtown, 213-996-6000, thefactorykitchen.com 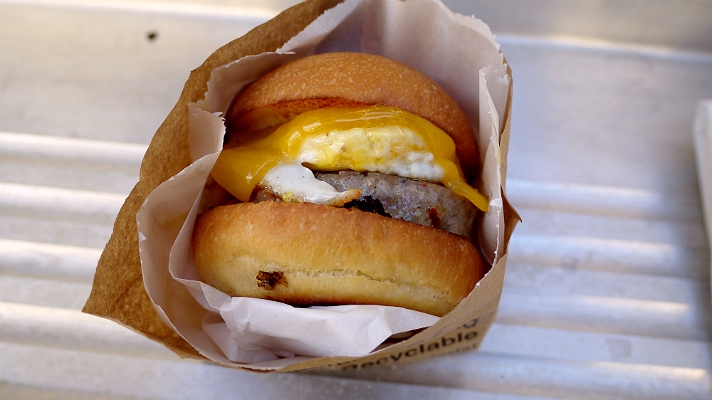 The Egg Daddy sandwich includes an all-beef patty and cheddar with a fried egg on a brioche bun. 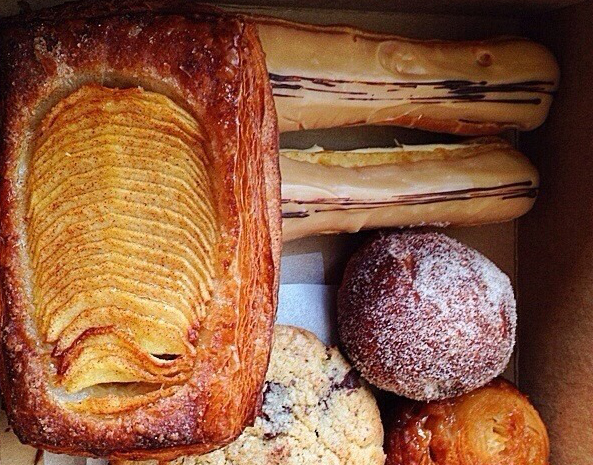 République already boasts one of the city’s finest selections of fresh morning breads and pastries.

République
Classically trained powerhouse Walter Manzke and talented chef/wife Margarita joined forces with restaurateur Bill Chait to replace famed Campanile with a multi-faceted restaurant and bakery. The airy space features a counter up front, which hosts pastries by day and oysters by night. High-top tables and detailed tile work give way to an open kitchen, communal tables and high ceilings. In terms of the menu, the well-traveled couple’s culinary offerings are by no means limited to France. République is already one of the best L.A. places to find morning pastries, seasonal salads, oak-cooked meats and inventive dishes like ramekins of escargots with puff pastry and garlic butter; or beignets with porcini mushrooms and Parmesan. Margarita Manzke’s desserts include stupendous panna cottas, tarts and bombolini. A seasonal bar program from Erik Lund and a varied wine list from beverage director Taylor Parsons rounds it all out. 624 S. La Brea Avenue, Los Angeles, 310-362-6115, republiquela.com

Scopa Italian Roots
A culinary wave is washing over the Westside, starting with Venice, and now extending to Marina del Rey. One chef riding the crest is Antonia Lofaso, who teamed with Black Market partners Mario Guddemi and Salvatore Aurora and bartenders Steve Livigni and Pablo Moix on Scopa, who draw on the chef’s Italian roots. The glass-fronted space features brick walls, communal wood tables, and a backlit bar. Of course the bar is clearly visible, since Livigni/Moix are one of the most accomplished bartending duos on the West Coast. Lofaso’s sprawling menu can get pretty inspired at places, whether it’s a stuffed shells flavor bombed with duck sausage, ricotta and tomato sauce. There’s also rigatoni with oxtail and bitter dandelion greens, as well as a seared T-Bone served with salsa verde. For dessert, request Livigni’s favorite Amaretto, which drinks like a liquid cookie. 2905 West Washington Boulevard, Marina del Rey, 310-821-1100, scopaitalianroots.com 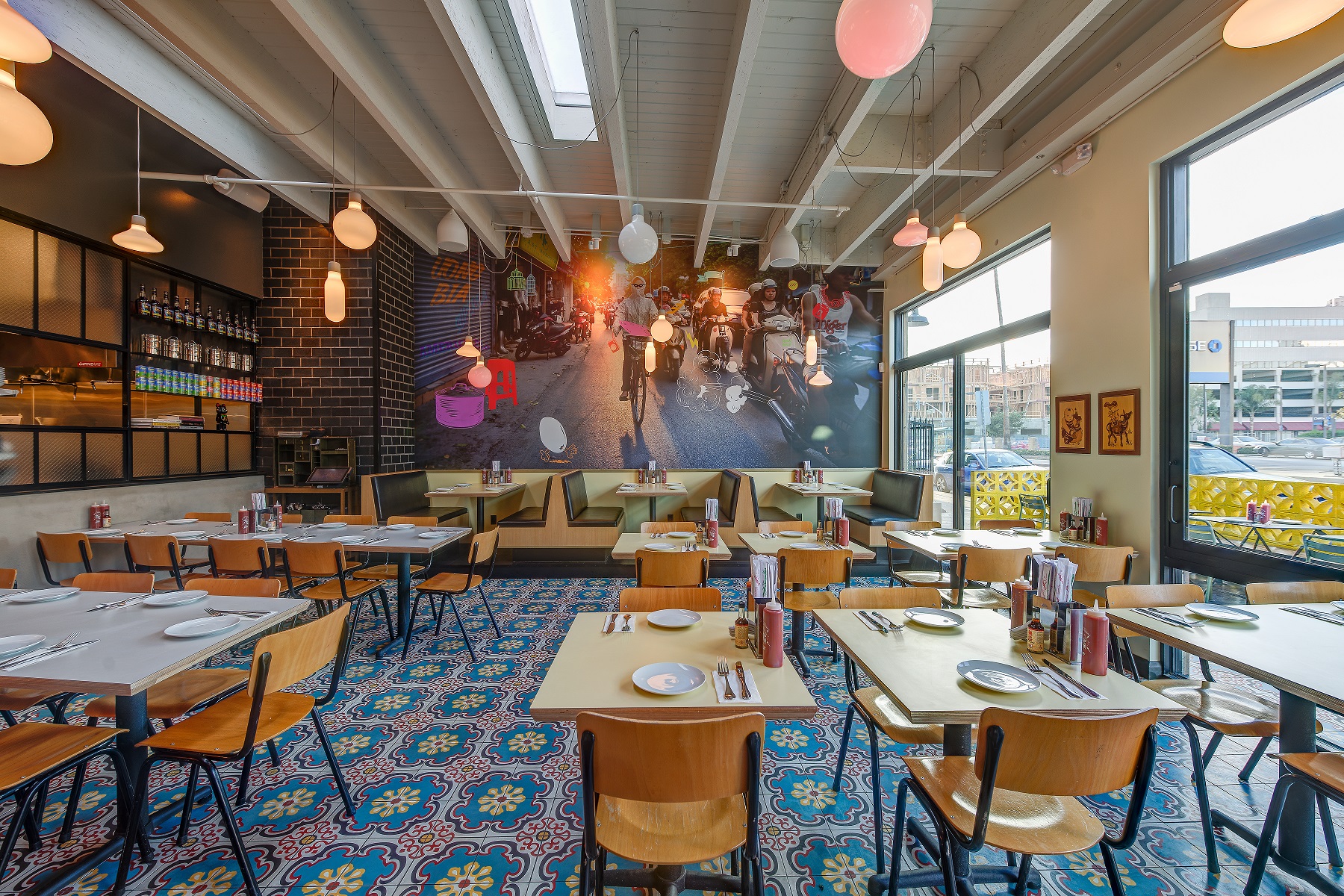 Floral custom tile flooring and communal tables are part of the dining room at East Borough.

Joshua Lurie is the L.A. based founder of Food GPS.

Check out these Los Angeles stories on Food Republic: