It might be hard to remember, but there was a time when the only places to get fresh juice was at the farmers market, the gym, the health food store or the local jugueria. Nowadays, though, you can’t walk a block in some cities and not run into a place where cold-pressed juice bottles are lined up on shelves, as colorful as crayons in a box.

How much juice is there in L.A.? Enough that Hayden Slater, who co-founded Pressed Juicery in 2010 in Brentwood with Carly de Castro and Hedi Gores, believes there’s “more juice right now than customers.” New York City, too, is juiced out. Melvin Major, Jr., the legend behind Melvin’s Juice Box, could count on one hand the number of juice shops around when he started 20 years ago. Now? “Juice is on every block,” he says.

As awash in juice as we seem to be, though, the frenzy has just begun. “L.A., San Francisco and Manhattan are saturated, but everywhere else, the opportunity to grow this category is massive,” says Pressed Juicery’s Slater, who sounds especially bullish when discussing his own company’s expansion plans. “By the end of the year, we’ll be pan-Californian, from San Diego to Sacramento.”

It’s tempting to consider this whole thing a fad, especially as it’s so easy to get lost in the endless debates over the best juicing machine, and whether high-pressure pascalization destroys or retains nutrients in bottled juices. But, to dismiss juice as a passing trend would be to ignore significant cultural factors underlying its momentum. Surely, it’s no accident that the rise of fresh juice coincides with the decline of sugary supermarket OJ. Or, that in many circles, Yotam Ottolenghi’s Plenty More is considered required reading. Or, that one of the biggest food news items of 2014 involved chefs cooking vegetables. “Juice is taking a bit of the spotlight right now,” says Amanda Bacon Chantal, whose certified organic Moon Juice shop sells juices as well as apothecary items in L.A. and online. “But there’s a global shift that’s happening in all aspects of life, where we’re redefining what it means to be healthy.” 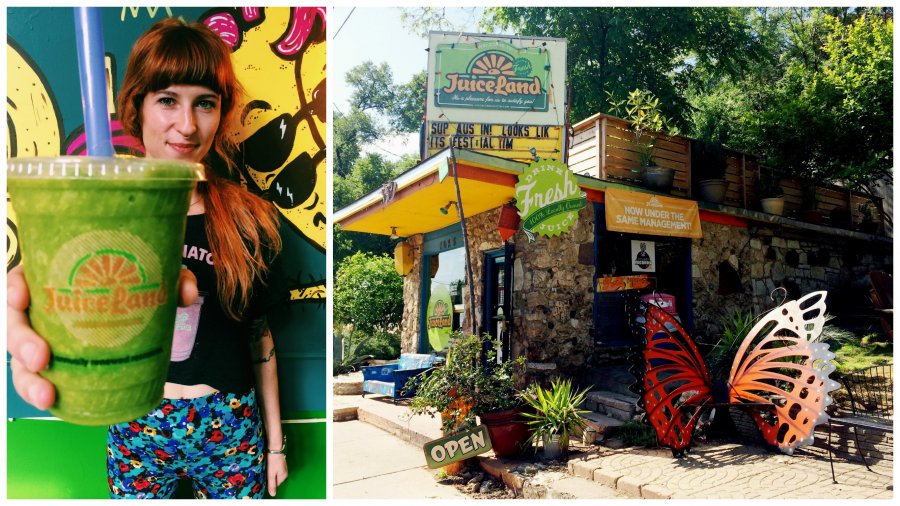 New Juices, New Cities
The juice isn’t flowing in New York and Los Angeles alone. It’s bubbling up in cities all over the country. In Atlanta, Chantel Jiroch opened Rawesome in the Sweet Auburn Curb Market in 2012. Since then, “word spread” about her fresh juices, she says, “and customers increased from all demographics.” This year, Jiroch will join Bacchanalia’s Anne Quatrano and other top chefs in the food hall of the much anticipated Ponce City Market when she opens Juice Box, a “more sophisticated version of Rawesome,” as she puts it, that will include a large menu of superfood smoothies. Jiroch also will set up a fresh kombucha bar where you can get your fermented tea fix.

In Chicago, former magazine publisher Anne M. Owen teamed up with chef Jared Van Camp to open Owen+Alchemy, a “modern juice apothecary” featuring nearly a dozen cold-pressed juices, plus nut milks and fermented teas. While Owen was “nervous” about opening in a city perhaps most often associated with pizza, “the response has been really amazing,” she says. “There’s a community of plant-based eaters coming out of the woodwork, and it’s an awesome community. I see it growing every day.” Just a few months in, the response has been so positive that the pair have already added online ordering and delivery around Chicago.

And, in Austin, you’ll find the empire of JuiceLand, which opened in 2011 and has since expanded to 13 locations, including two that just opened this month. The Texas chain has even encroached on New York juicers’ territory, opening an outpost in Brooklyn last year. 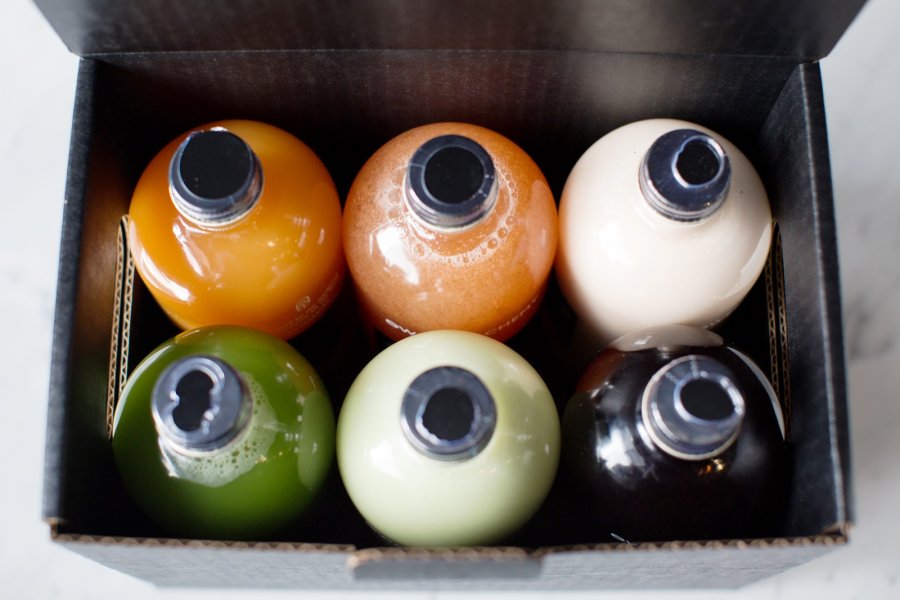 Cleansing ‘The Cleanse’
So much of the discussion about “juicing” in the past has focused on cleanses, as if consuming little more than a strict regimen of pulverized fruits and vegetables would be a panacea for all the fatty excesses of our eating culture. Nowadays, though, juicers aren’t pushing one-off purges as much as they’re plugging juice as but one component to a healthy lifestyle.

“Juice was definitely in a bubble of cleanses for a a long time,” says Luisa Alberto, co-founder of Sow, a popular juice cart using hyperlocal produce in San Francisco’s Ferry Building. “Now, though, fresh juice is seeping into our daily diet.” The former Blue Bottle barista sees fresh juice on a trajectory similar to specialty coffee, where we’ll come to appreciate delicious, high quality juices the way we now value carefully sourced and meticulously prepared single origin coffees. To that end, Alberto is currently exploring the idea of tweaking the juice bar concept to make it more coffee shop–like, a place where you can take your time and “enjoy lovely, made-to-order juices made with a lot of care.”

Indeed, it doesn’t hurt that the juices as a whole — even the green ones — taste better than you might expect. In fact, it’s these greenest juices that are driving sales.

At Moon Juice, Bacon says its Goodness Greens has been popular since the beginning. “It’s a gnarly green juice,” she says, “with kale and tons of dandelion.” Melvin’s Juice Box’s best seller is the Body Good, with kale and collard greens. Similarly, at Owen+Alchemy, kale-intensive juices sell well, with the combination of kale, parsley, romaine and ginger being especially popular. And, at Austin’s rapidly expanding JuiceLand, Cheer Captain Leilani Galvan points to the Appelilly as its most popular drink. It’s “full of green magic goodness,” she says, including, yes, kale (and spinach and parsley). Galvan also notes that beet juice and turmeric, known for anti-inflammatory properties, are gaining in popularity. Bee pollen also is trending among the shops that offer it as an add-in. 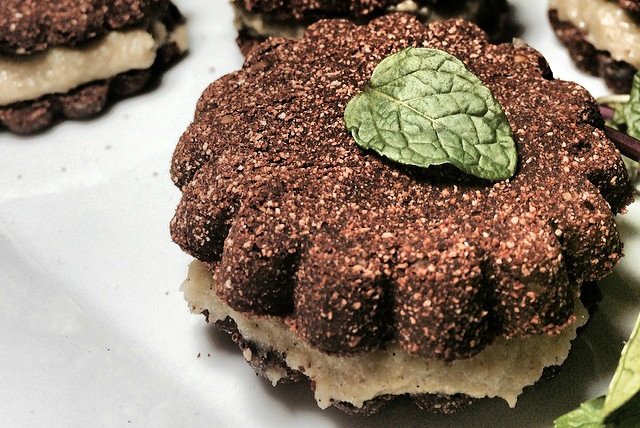 Not Just Liquid Alone
Ironically, the future of the juice bar might very well depend on actual solid foods. Juice joints everywhere are stepping up their game on that front. At JuiceLand, Galvan says the food options “help turn any smoothie or juice into a well rounded meal,” noting that the shop’s Feast in the Middle East — with quinoa and hummus topped with olives and paprika — is particularly popular with customers.

At Owen+Alchemy, the food program gets the benefit of a trained chef’s eye, thanks to Jared Van Camp, who’s created a variety of yogurt bowls and grains salads to complement the shop’s cold-pressed juice menu. “Food brings a lot of options to the table,” says partner Owen. “We have juice, but we also have food options on the menu that are filling that you can incorporate into your diet.”

Going in a slightly different direction, Pressed Juicery just introduced Freeze, a very tasty soft serve made with fruits, nuts and vegetables. The frozen treat can be found at just a handful of the company’s shops, but Slater says they’re already seeing demand for the product. And, at Moon Juice, you’ll find a constellation of other high-quality products like pantry items, dusts and tonics, all geared towards promoting a holistic life.

With such expanded offerings, you can expect to see the more successful juice shops evolve into “third places,” those coveted social spaces in addition to your home and office where people find a sense of community. That sort of evolution might help to explain how a place like Melvin’s Juice Box remains enormously popular despite all the new kids on the block. Indeed, Melvin Major, Jr. has stayed in the game so long partly because he’s so well captured this other, intangible part about all this fuss over juice.

“I’m all about great energy, spreading that vibe,” he says. “And creating a good, community-focused spot, where you can meet people and hang out. That’s what it’s all about.”