Sometimes it’s okay to judge a beer by its label.

In fact, some breweries want you to do just that in today’s evolving craft beer landscape. With dozens of new regional companies competing for liquor shelf real estate, many are looking to professional graphic design as a way to stand out from the competition and bring new customers to the fold.

It’s great news for design nerds — just a decade ago, the small handful of existing craft breweries slid by with uninspired (dare we say boring?) label art. Today, the stakes are higher, so we’re seeing a crop of brewers increasingly concerned with how cans, bottles, six-packs and cases look.

We talked to a few industry leaders in the world of beer packaging design to hear their thoughts on how the industry has evolved to where we are now and what we can expect for the future. 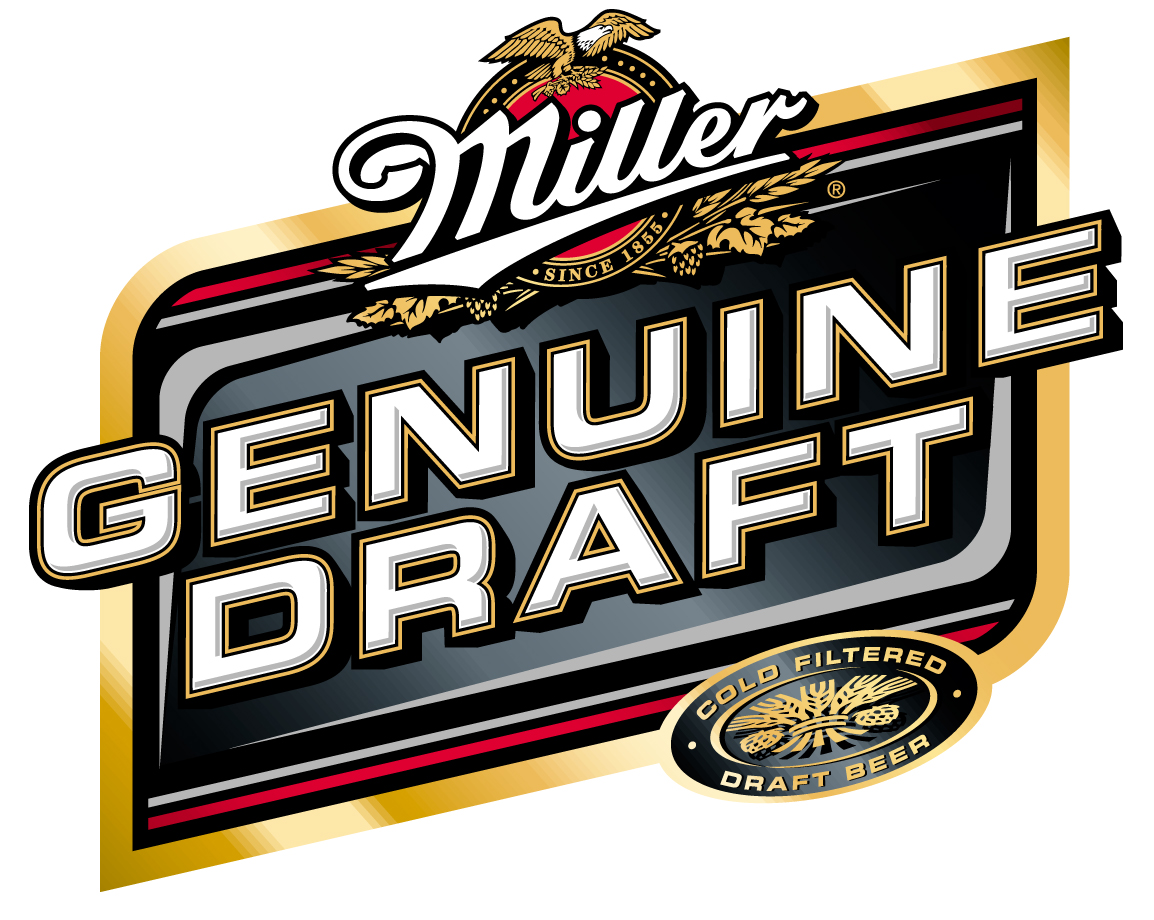 In the era of “big beer,” when smaller craft producers were just starting to emerge, overt marketing was seen as something only done by major brands — thus having a visual identity that was endearingly unprofessional (or “quirky and amateurish” as the great designer Milton Glaser told the New York Times) was essential in distinguishing independent companies from the Budweisers and Coors of the world.

“The cultural code was based on the thinking that ‘we make exciting and experimental beers and just want to share those with our friends and get them excited,’ and that should be enough to drive demand,” TBD Agency founder Paul Evers says about the time period. “There was this belief that passion behind the beer was enough.”

Evers, and his team at TBD, has more than a decade’s worth of experience designing for craft breweries. They’ve worked on iconic beer labels for Deschutes, Odell, 21st Amendment and a new brewery he has partnership in called the Crux Fermentation Project. During this time Evers has seen the paradigm shift to a mentality where breweries must find ways to appeal to a demographic that is broader, more varied and most importantly, already educated about craft beer. 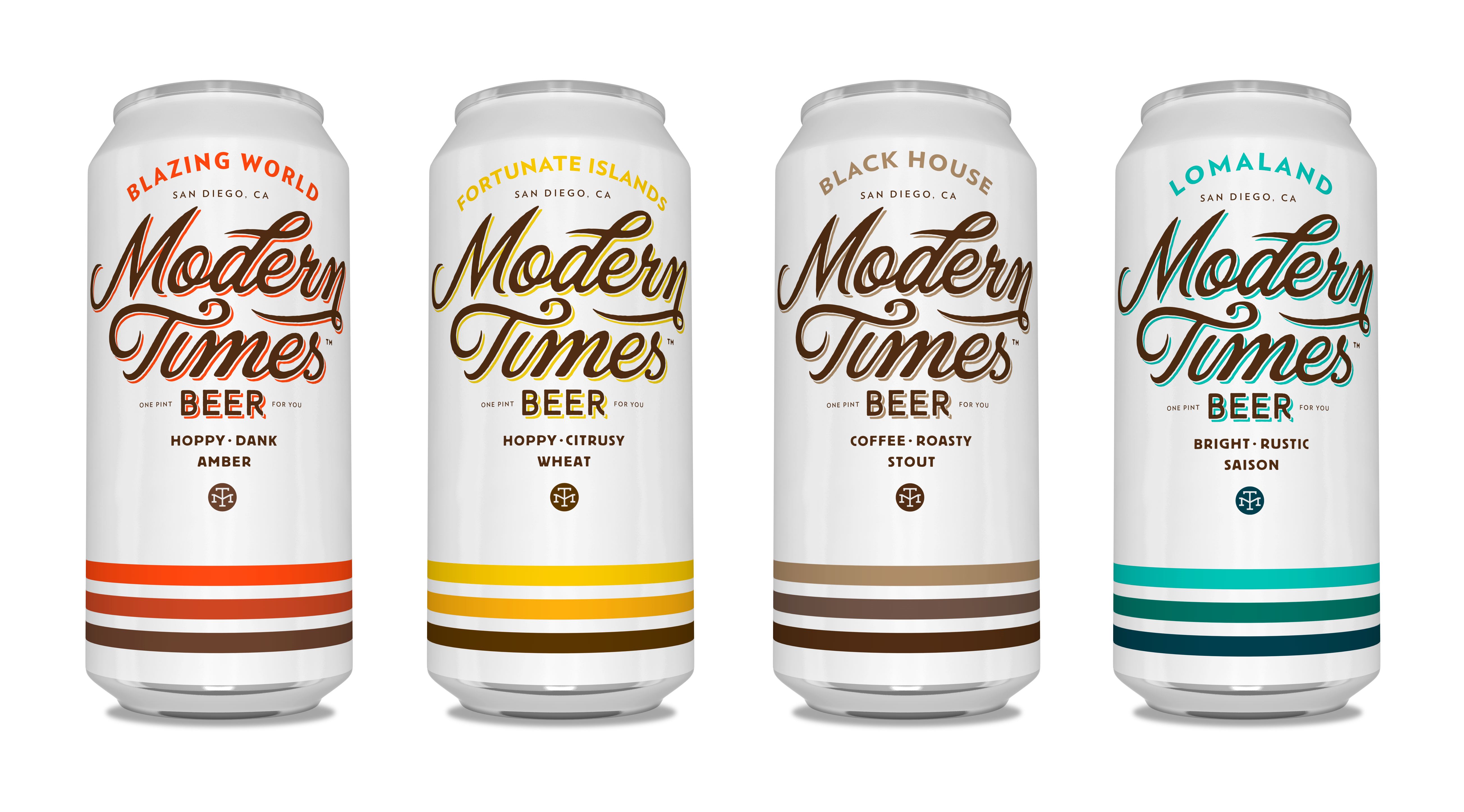 “The DNA of the craft consumer, generally speaking, is about exploration and experimentation,” Evers says. “So there’s a lot more creativity and artistry being implemented [in label design]. It’s not specific to a particular income or demographic anymore. It’s about fun and creativity, making for a broad base of expression.”

Without having to spend precious label space educating the consumer, the possibilities for progressive design open exponentially. Austin-based graphic designer Christian Helms of Helms Workshop — the firm responsible for the eye-catching Austin Beerworks, Modern Times and Bauhaus beer cans — says finding ways to creatively express a brewery’s identity is a crucial approach needed stand out above the crowded playing field. “The biggest thing is trying to share the personality of the brewery and the quality of the beer. It [has to] be unique to their offering and brand personality,” Helms says. The designer tries to learn as much as he can about the brewery and become ingrained in their culture so that his firm can  “transfer that into the packaging.” For Austin Beerworks, Helms noticed no one was doing simple and eye-catching can design in the market at the time. “We tried to create something would stand out in a really disruptive way,” Helms says. The branding has created waves for the brewery since its launch, and is a great illustration of one of several current trends in beer design — the simple, bold, modern look with a heavy emphasis on bright colors, creative typography and the utilization of white space. It’s a look that weaves throughout Helms’ work, and can also be seen in designs like those used for Intuition Ale Works, Payette Brewing, Hops & Grain and more. 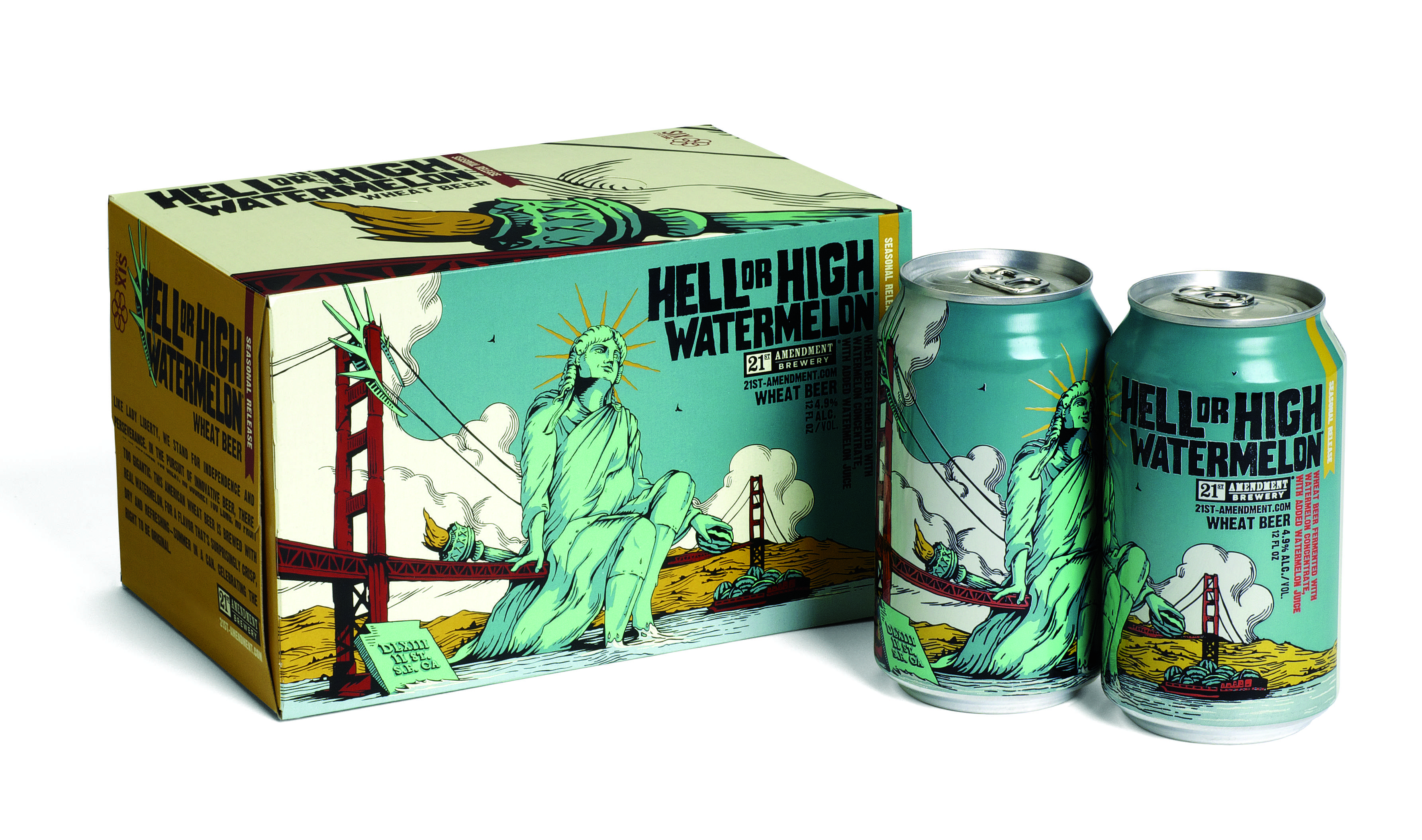 Other trends include combining large-scale typography with intricate illustration work to snag attention, like Rogue Brewing, Revolution Brewing and Evers’ work for 21st Amendment Brewing. The clash of written language with busy artwork forces the eye to work a bit harder to gather information, but still stands out with an updated feel against older label designs.

A third camp opts for a look that’s polished, but strikingly handmade and intentionally off-beat — hearkening back to the days where there was a lack of refinement to beer labels. Off-Color Brewing in Chicago is a great example, as is Evers’ work with Odell. Helms says he is a big fan of work that shows the human hand and feels like it was created by a person instead of a machine, pointing to Mikkeller in Denmark as his favorite example. “Mikkeller has differentiated itself from the market in a way that complements the oddity and character of the beer itself.” 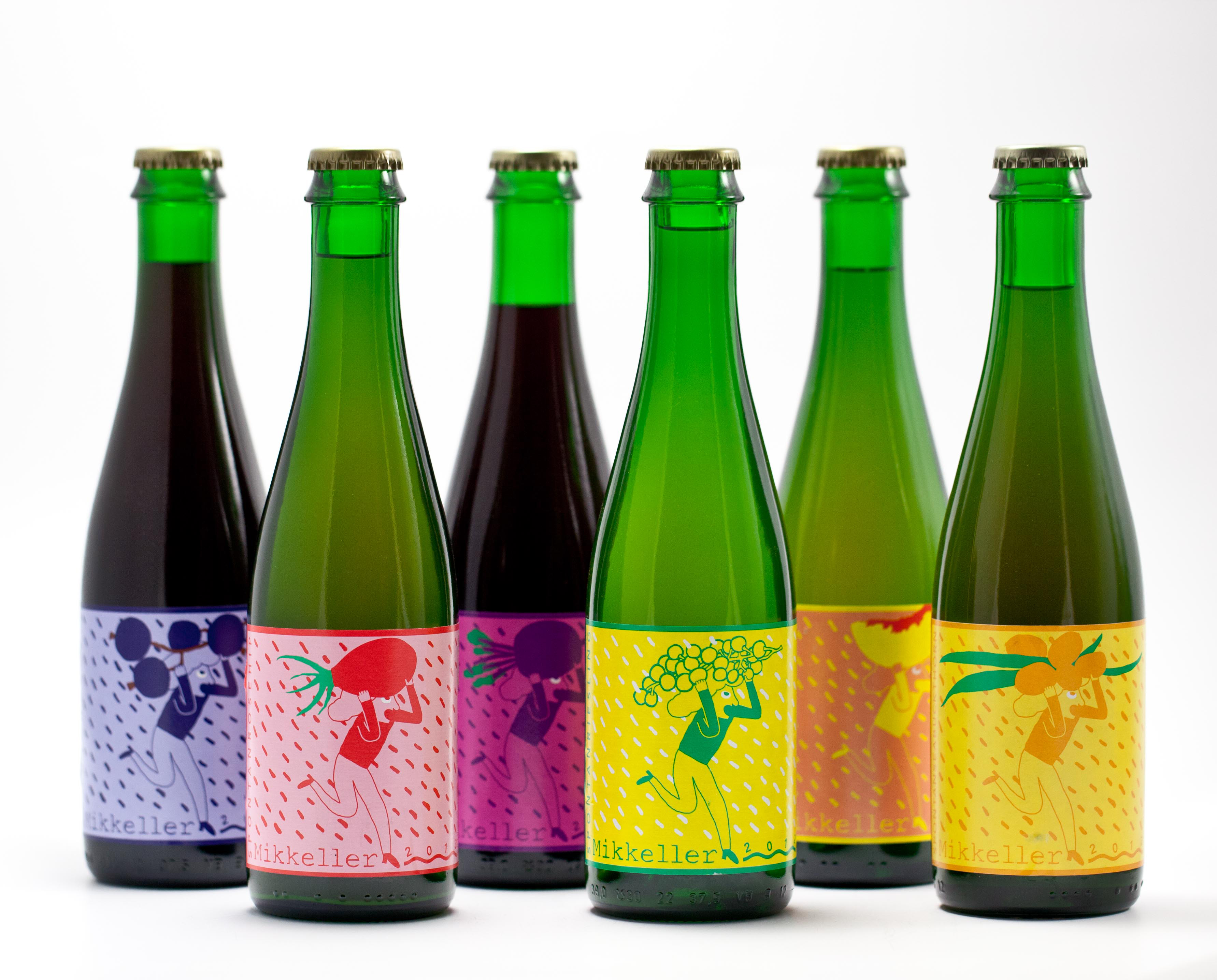 At the end of the day, there’s no easy way to weave a single thread through what’s going on in craft beer design, because the range is as diverse as the number of breweries opening.

Helms says it’s less about what the color or typeface is and more about bringing unique voices to the conversation. “There’s no silver bullet in terms of typography or color that works well for beer, instead it’s the idea of finding visual cues that share the personality of the brewery and the brand.”

Evers agrees, saying the future will be more about telling the brewery’s story than having a flashy label just for competitive design’s sake. “Brand and design solutions should be based on a set of cultural values and sensibilities,” he says adding that the bottom line is simple. “Your unique perspective on craft beer.”

If every brewery hones in on finding ways to express its mission and ethos in creative and fun ways, it will not only foster more visual fun on shelves of liquor stores, it will help customers find the beers that they’ll identify with most as well — a win, win for both brewers and thirsty beer drinkers alike.