From artisan pickles and extraordinary salts to the art of winemaking and food photography, this series is dedicated to the masters behind culinary craftsmanship and is brought to you by our friends at Bridlewood Estate Winery, whose award winning wines are crafted with care and passion by dedicated artisans on California’s diverse Central Coast. In our previous post we spoke with Bridlewood’s Mark Williams and today we’re taking a look (no pun intended!) at food with Michael Harlan Turkell.

It was never in Michael Turkell’s plan to become a chef or a food photographer, but he found that in college, the only time he had to shoot for his documentary class happened to be while he was making his way working in a kitchen. Out of that necessity to work and get work done, he started taking pictures of everyday idiosyncrasies of the restaurant, something he continues to do now, though the scope has widened.

“I’m into systems, how a place works, and how all the things in that place serve a function,” said Turkell, who displayed many of the pictures from these shoots in his award-winning project Back of the House, which he worked on from 2006 to 2011. “I love the flow of a kitchen too, the often frantic pace that when it finds its groove, looks effortless amongst the chaos.” When he’s shooting in restaurants, Turkell observes how the chefs move, the techniques they employ with each dish, and how the pieces of the kitchen, for example the dishwasher, runner, and prep cook, all labor together for the ultimate end product. “It’s the best culinary education I could have ever asked for, like cookbooks come to life,” he said.

The start of this 33-year-old New Yorker’s public career came through the quarterly magazines Edible Brooklyn and Edible Manhattan, where he was photo editor for five years. Today Turkell, who lives with his wife and cat in Brooklyn, produces the art for numerous cookbooks including The New Brooklyn Cookbook, Chris Cosentino’s Beginnings and the Clinton Street Baking Co.’s self-titled recipe tome. He is also working on current projects such as The Meat Hook Meat Book, Cosentino’s newest volume and Marco Canora’s A Good Food Day. 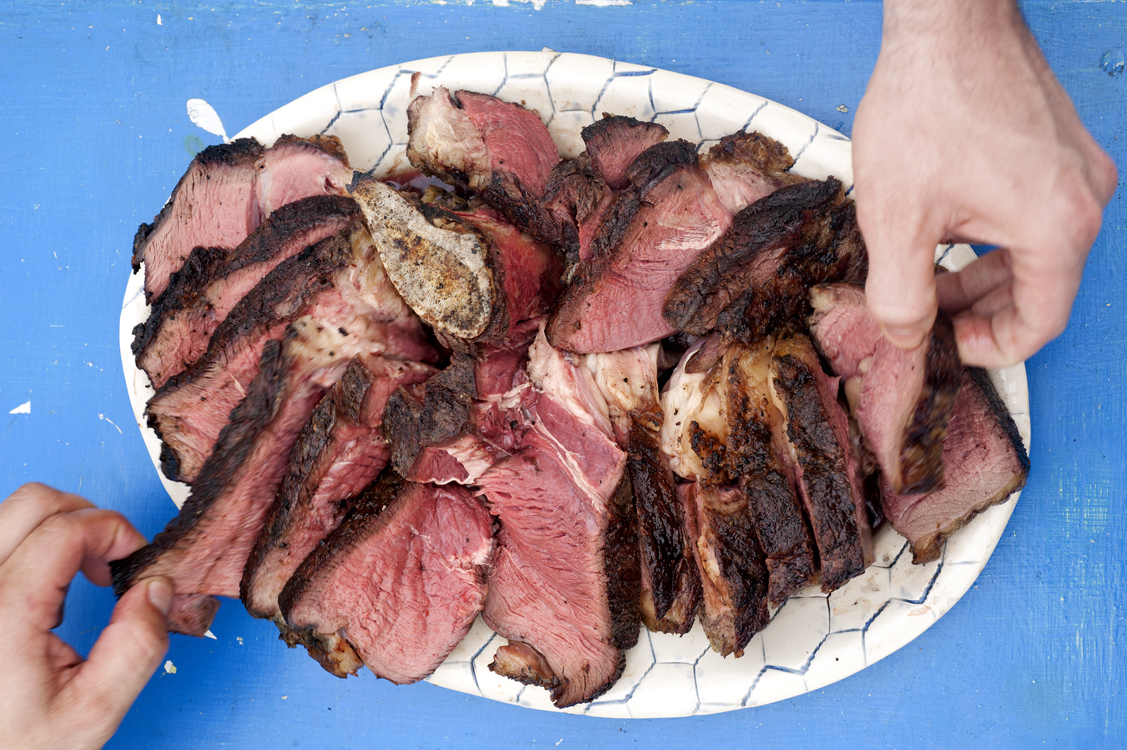 “I often tell my collaborators that each cookbook is its own beast,” said Turkell, who spends a lot of time with each chef and/or author to figure out how to best to tell their story through images. “There are aspects to all of them that I find intriguing, like finding that during The New England Kitchen with chef Jeremy Sewall, that a sense of place is so important [to him].”

To capture Sewall’s vision, the pair visited his cousin Mark’s lobster boat in Maine. “It really set a tone for me,” said Turkell. “I figured out regional colors, patterns, textures, and did my best to incorporate those into each image, while still focusing on the food foremost.” The result is a cookbook full of bright, fresh, sea-friendly photos showing not only the bounty of the ocean on the plate, but bits of Sewall’s maritime influences.

“I’d like to believe that what I make can help people think about things in a different light, one that champions the idea of food as a vehicle for change,” said Turkell. “I care about building community around food, so anything that does that is a dream I’m trying to attain.”

While you might not be working on a cookbook of your own or do photography at the caliber of Turkell, it doesn’t mean you can’t start your own food photo journey. To start with, pick a subject and don’t be afraid to get your hands dirty learning about it. “I find it important to know your subject thoroughly, both tactically and tactilely,” said Turkell, after generously sharing five shooting tips with us to help you create your own tasty portfolio. 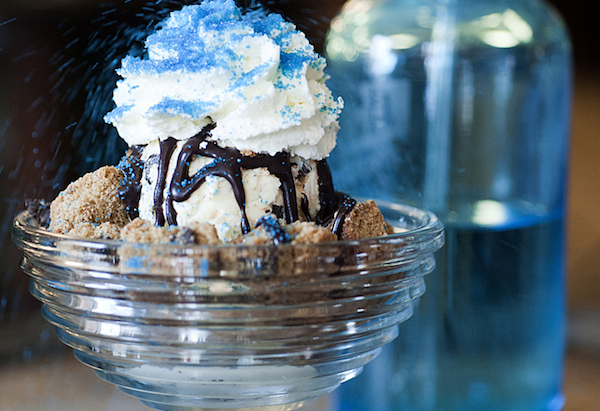 Step One: Organize the shoot, forethought goes a long way. Pick a location and setting, have your props ready and your light tested all before you get in there. This goes for chefs too, make sure you’re ready before you have them pose. Remember, food is often best freshest, so shoot it when it comes out of the kitchen. But don’t forget, it has a lifespan and when it doesn’t look good anymore, stop shooting.

Step Two: Shoot early, and often. I’m a big fan natural light. The sun is the biggest, best, and free light source. It’s great because it changes, with the time of day, shadows shift and change the mood. Because direct light can be hard and too bright on foods, diffuse it through a window and use a white reflector to bounce some back in (you can buy one or even use a sheet of paper if it’s a small item). Breakfast and lunch are prime times to shoot dinnertime items, don’t wait for the dark.

Step Three: Bend your knees. With the overhead assumption that happens on Instagram, a lot of iPhone photographers forget about all the angles. I think of it as a series of shots. Make sure to move around the table, opposite of your light source. From the right, to the left, and even in front of your subject to change the point of view.

Step Four: Shoot a lot of pictures. Digital allows for a low overhead in “film” costs, so keep that shutter snapping and edit later. Once you’re comfortable with your camera, and know that you can get the shot without a little trial and error, you’ll trim down your clicks and start developing a personal style. Until then, it doesn’t hurt to overshoot.

Step Five: Get connected to your subject and interact on a personal level. That way, you’ll see a more honest image of subject. Don’t just ask them to pose, ask them what they’d like to do. Your subject has ideas as well, and if they’re thought of as a collaborator rather than just a subject, they’ll invest their efforts into making it the best shoot possible. Plus, this gives you more ideas and ways to get a unique photo.