Put aside the pork, chicken and beef (just momentarily). Have you ever tried snake? How about lionfish? Some chefs jump at the chance to work with unusual game meats, invasive species and local (delicious) animals that are often overlooked. Gain some insight on 10 of these incredible, edible creatures and get inspired to cook them yourself.

Jellyfish is found in Asian and Southeast Asian dishes, both in solid form and as powder. In China, jellyfish has been eaten for more than 1,000 years, served in firm, slightly gelatinous chunks and tossed into salads or sliced thin and long like noodles. Now, American chefs are experimenting with it. At Trentina in Cleveland, chef-owner Jonathon Sawyer has used the dried version in risotto. “We grind the jellyfish through the sausage grinder, keeping it no bigger than a grain of rice,” the chef says. “Then we make it just like any other risotto with white wine and mushrooms.” Essentially, he says, the dehydrated, ground-up jellyfish works almost like a flavor packet. In case you feel guilty about eating this magnificent creature, keep in mind that in a lot of places, jellyfish are invasive species.

Cooking and eating snake isn’t just for outlaws and cowboys roughing it in the Wild West. Chefs in civilized settings enjoy working with the meat as well. At Los Chingones in Denver, chef Troy Guard makes chorizo with snake that tops his cool, fresh guacamole. “It’s a lot like alligator; there isn’t a lot of marbling or fat, and it’s kind of moist and grainy,” he says with the utmost respect. Most of the snake you will find in the market is python, rattlesnake or other large, meaty specimens. That doesn’t mean other types aren’t eaten, though. You can order the meat from specialty purveyors or potentially at a high-end butcher shop. Grind it up like Guard does to make a sausage, or simply clean, cut and fry.

All over Peru, the guinea pig, called cuy, is a staple in many diets. You will see it roasted whole, prepared as confit, fried and even quartered like a whole chicken. “I think it’s similar to rabbit with a subtle flavor,” says chef Erik Ramirez of the Llama Inn in New York City. “They eat a lot of grass and herbs, so it can taste a little grassy.” Granted, that’s cuy in Peru. Ramirez says he doesn’t like cooking with it in the States so much because it comes frozen and he can’t be sure of how the animal was raised. That doesn’t mean he hasn’t tried. When he was a chef at Raymi in Manhattan, Ramirez did a special dinner with guinea pig that involved splitting it open, seasoning and then curing for 24 hours. After that, he made confit and put it on top of the stretched-out skin and created what he calls “candy bars” out of the meat. The result was a crispy shell and soft, warm rillette in the center. In Peru, Ramirez had it fresh and cooked underground with other local meats, herbs and beans, a trick he said really highlighted the meat. Keep in mind the cuy used in cooking are not the cute little guinea pigs you see in the pet store. The rodents used for meat are about about 12 to 18 inches long and weigh around five pounds. If you want to try making guinea pig at home, go for a sous vide or slow roast with lots of seasoning. 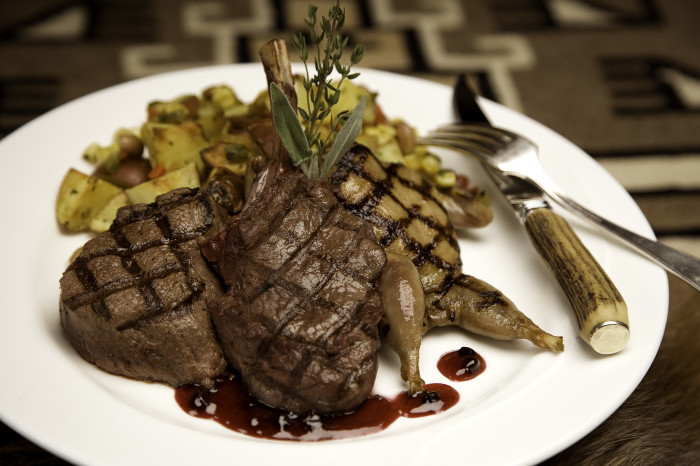 In most states, you won’t find elk meat readily available, but if you live in or around the Rocky Mountains, like chef Randy Savala of the Fort in Morrison, Colorado, it’s fairly common. And no, we don’t just mean the elk you hunt in the woods, but large elk farms scattered around the state. People in Montana, Wyoming and Idaho also have a lot of access to this meat, and you will find it in all sorts of restaurants. As for cooking elk, although these animals are large game, the meat is lean and slightly gamey. It’s almost like beef but with less fat and more of a rustic, woodsy flavor. “Personally, I like using elk as a steak or a chop since it’s a little easier to cook and serve in that format,” says Savala. “The only nuance [to elk] is that there is no fat in the muscle, so cooking it doesn’t take as long, and if you want to make a burger or meatloaf, you would have to add some fat to the mixture.” For Savala, grilling is the best way to prepare elk because it allows him to control the temperature and cook the food evenly. 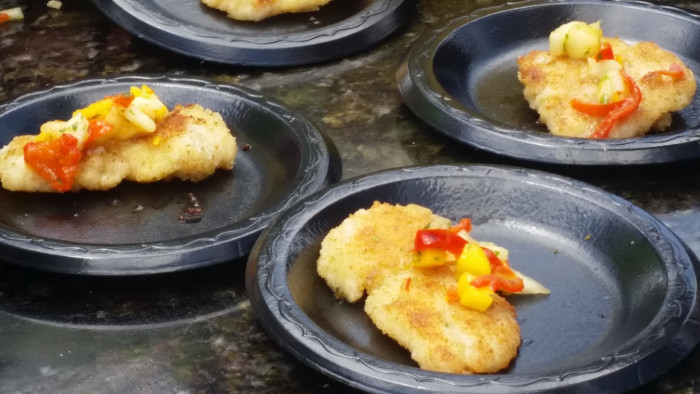 The chances of finding lionfish gracing a menu on the mainland is rare, but if you are in Florida or the Caribbean, this venomous fish is popping up more and more on menus. One reason: The rich, meaty-yet-flaky white flesh actually tastes good. It’s also easy to work with, once you devoid the fish of its poisonous spines. Anther explanation for why more chefs are choosing this seafood? Lionfish is an invasive species that kills many of the reef-dwelling fish that help the ecosystem stay strong. Hence, fewer lionfish equals more marine life. You can cook it like any other hearty fish — think mahimahi or grouper, which means grilling, sautéeing, baking or even taking fresh fillets and slicing into a distinctive sashimi. 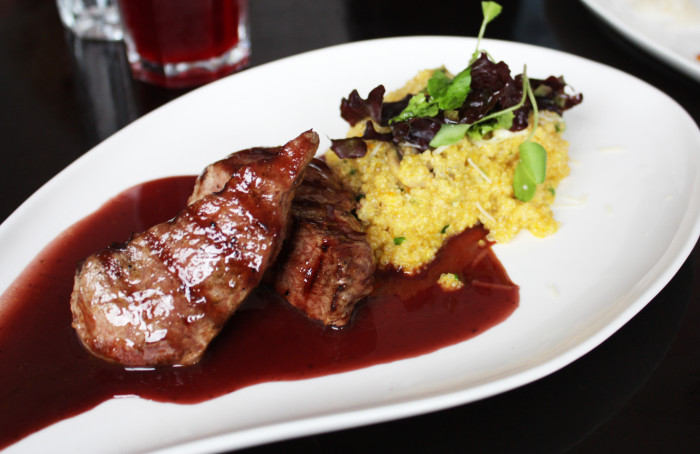 The way chef Sawyer got into cooking llama came about as a way to avoid wasting good-quality meat. He gets his llama from a stable right next to his organic garlic farm. He sources sterile males that otherwise would have gone on to become dog and cat food. “We have a use for every part of the animal,” the chef says. “It’s super-lean, and the neck turns out like oxtail. The belly and shoulders are hard for us to execute, so we turn them into a ragu, and the shanks and hams we cure.” While llama meat isn’t a staple item at his restaurant, Sawyer does put it on tasting menus and has used it for special dinners. Alpaca proves similar to llama, though the former camelids (yes, llamas and alpacas are in the same family as the camel) are larger. The alpaca meat I sampled in Peru was lean, firm and red, almost like elk but with a bit of funkiness similar to lamb. 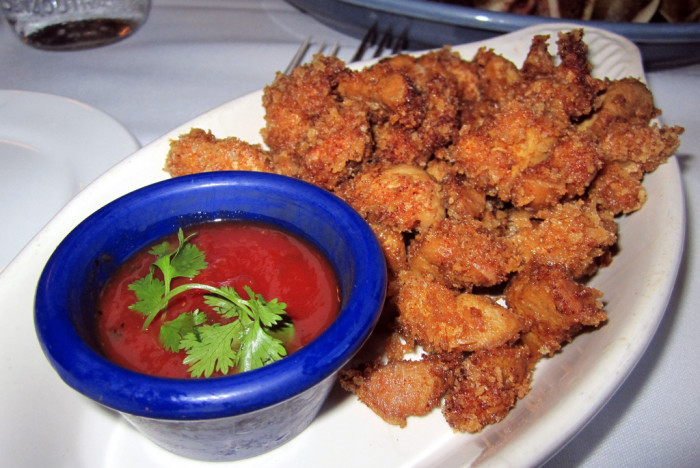 Ah yes, the famed Rocky Mountain oysters, also called cowboy caviar and prairie oysters. In case you haven’t had the pleasure, we are talking about the testicles of either a steer, a buffalo, a sheep or a pig. And no, if you order them you won’t be handed anything that resembles the animal’s balls. At the Fort, which concentrates on re-creating estern-style dishes from the 1800s, chef Savala serves Rocky Mountain oysters because it sticks with the theme of using all the parts of the buffalo. There, Savala gets the buffalo “oysters” whole and still in the membrane. Then he peels off the skin, slices them, breads the pieces in panko and spices, and finally, like places that serve this dish, deep-fries the goods. The flavor is that of something fried with a bit of a chewy texture. It tastes enough like over-cooked, fried calamari that if you really wanted to, you could almost forget you are nibbling on testicles. 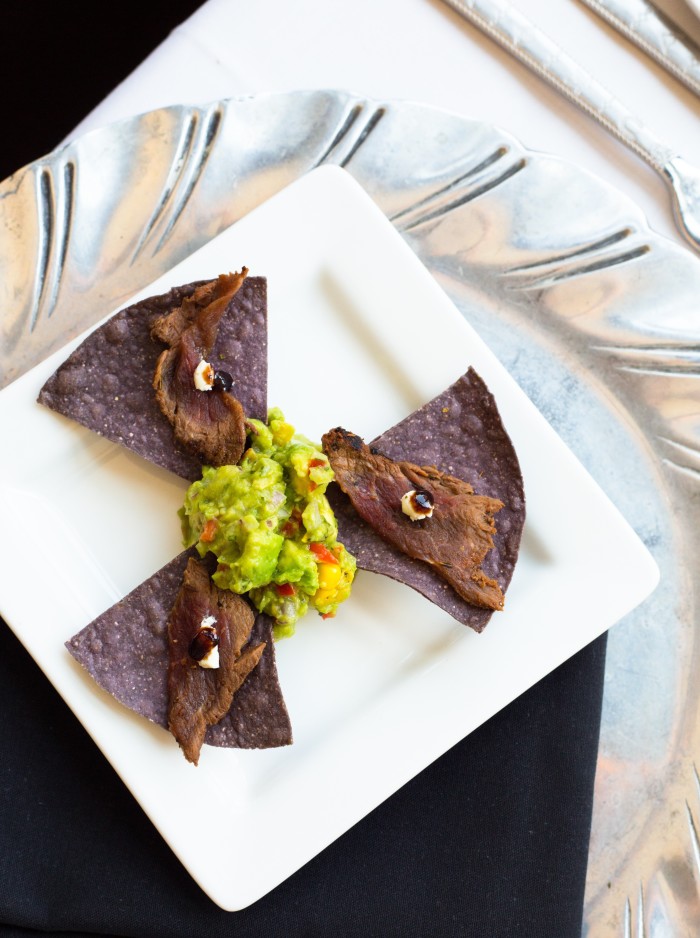 As far as we know, there are no kangaroo farms in the United States, but in Australia these marsupials run rampant. Fun fact: In 2005, Food Companion International magazine in Sydney launched a campaign to rename kangaroo meat in an attempt to make eating it more attractive to Australians. Though the idea didn’t take off, today you will see kangaroo meat on some menus here and there. For example, Troy Guard served it as an entrée during Denver Restaurant Week. He did this because (1) he likes the lean, slightly sweet red meat, and (2) it was a way for his eatery Los Chingones to stand out among the other establishments’ offerings. And that it did, selling out in just a week. Since then, he has featured it as a special, probably the only dish he won’t allow customers to order well done. “If you cook it more than medium, it’s like chewing on leather,” he says. “We did kung pao kangaroo and a tartare, which I thought tasted really good with a quail egg yolk.” Guard first came across cooking this meat when he was working in Hong Kong. There, he says, cooks use a lot of kangaroo in stir-fry. You prepare it just like any other red meat, but it’s best with sauce or in applications that help keep the flesh from drying out.

Squab is the fancy word for young pigeon, one that is typically under four weeks old. You don’t see this meat listed on menus often, but Blue Ribbon Brasserie chef and co-owner Bruce Bromberg enjoys putting it on his. The flavor, he says, is akin to duck. “We like to treat our pigeon similar to duck and pair it with sweet flavors like apple, sweet potato and toasted barley,” says Bromberg. “We like to cook the breasts and legs separately, as the breasts are best served medium rare, where the legs can be cooked all the way through.” Sourcing squab isn’t too hard; Bromberg used to get them from California but was happy to discover a New York pigeon farm that sells the birds, noting, “They’re definitely not local New York City pigeons!” 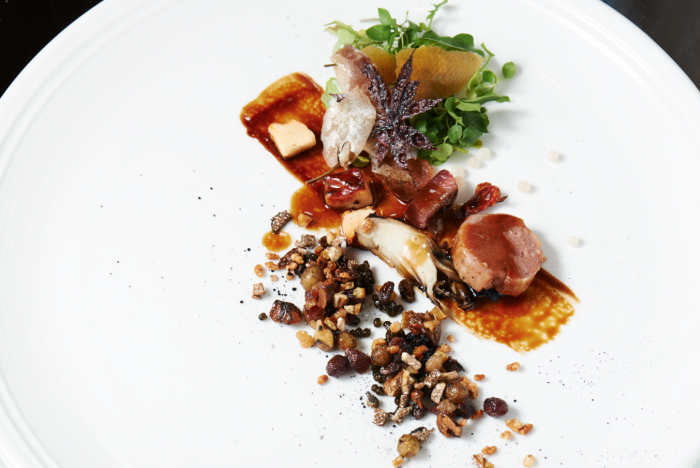 To be honest, you won’t see squirrel on a menu anytime soon. Since it isn’t farmed commercially (yet), it’s not legal to sell it at a restaurant. Though you might see it served for a special meal, like Jonathon Sawyer did at Trentina. “We are into meats that are sustainably produced-ish, and local,” says Sawyer. “As a meat, I think [squirrel] is close to lean, heirloom pork, maybe with a little of that fatty hare texture.” He adds, “You can taste what the animal ate, and since Ohio has a shit ton of black walnuts and acorns, there is that bitter, acorn-jamón flavor.” The dish he made for this special dinner was squirrel galantine, which means the meat was deboned, poached and set into a jelly, kind of like an aspic but with more substance. Sawyer says you can also just cook squirrel meat like any small game, though he advises allowing the creature to rest for 24 hours before letting the blood out and hanging it. Be warned: Since they taste like what they eat, you really don’t want to sample city squirrels.