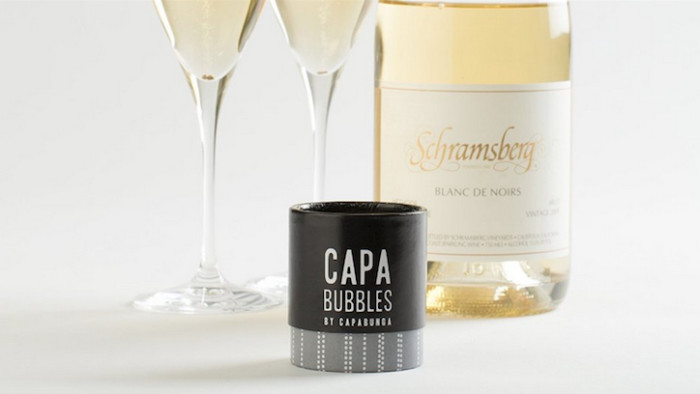 Summer is the season for bubbles. Nothing quenches the sticky heat like a chilled glass of something sparkling, but a bottle of bubbly’s brief shelf life implores you to finish the whole thing. This ethos has wreaked havoc on both my body and aspirin budget. Once you open any wine, sparkling or flat, it begins to oxidize, lose its fruity aromas and develop new ones, like “general staleness” and even hints of hydrogen peroxide. Exposure to air is even trickier with effervescent alcohol. In addition to attacking the delicate flavors of the wine, once you pop the cork, you also start the carbonation countdown. Those bubbles have a very short life span.

The wine accessory market is flooded with gadgets and gizmos designed to keep bottles well sealed and preserved for days. Simply put, most of these don’t work. Even vacuum sealers, which purport to keep villainous oxygen at bay, have mixed results and fail to satisfy the more pragmatic needs of the average user: Bottles can’t be laid on their sides; the topper is easily disturbed, thus rupturing its seal. Enter Capabubbles, a saver designed for sparkling wine, from the good people who brought us wine toppers CapaBunga.

Off the bat, the name is cheesy (but fun to say) and the design and marketing appear to target suburban housewives with boozy midweek book clubs. That said, the device itself is both clever and useful. Unlike most wine toppers, Capabubbles has two pieces: an expandable ring and a screw top that looks like a top hat. The ring latches around the neck of the bottle, just below the collar, turning the champagne bottle into a screw-top. The top piece fits snugly over the opening, then screws onto the ring to form a tight seal. Thanks to the seal, the bottles can be laid on their sides without leaking, which is certainly a handy upsell for those with smaller fridges or coolers.

The toppers come in an array of colors, designs and reasonably classy drinking slogans like “Me Time” and “Bitch,” and claim to preserve carbonation for up to seven days. Unfinished bottles don’t linger long around my apartment, but for this experiment I was willing to be patient. The Lambrusco I tested was pleasantly fizzy the next day and drinkable on the third. However, by the fourth day — perhaps owing to routine access, allowing more air to infiltrate the bottle — the wine was primarily flat.

The topper only works on traditionally corked sparkling bottles. This won’t work on a twist-off, since the bottle already has the closure the Capabubbles is emulating. At $16 a pop, the device is close to being an expensive unitasker. However, for a lighter drinker eager to commit to a bottle of sparkling wine without the headache guaranteed by polishing it off solo, a near-weeklong shelf life could make Capabubbles a worthy investment. At the very least, it makes for a fun conversation starter at the next boozy book club.