The term “ethnic food” is the worst. Just the worst. It means nothing. Who is to say that one ethnicity is the center, and the rest are the outliers? Is Szechuan cuisine ethnic to a couple of Ziliujing-born cousins shooting pool in Queens? Hell no. Is a rectangular tray of thick pizza ethnic to the third generation Sicilian? Hello no. But the term “ethnic food” also says everything. Not in the “should we all grab some ethnic food tonight?” sense. That just sounds funny. Ethnic food, in the year 2014, is a style of food that resonates with the masses more than ever. It’s cooking that takes diners to the kitchens of far away lands — and neighborhoods — perfumed with exotic spices and foreign cooking techniques. The dishes are hard to pronounce, and even harder to resist for a legion of food fans combing their extreme levels of heat, sour, sweetness and umami.

At the recent Feast Portland, we asked a number of chefs about what it means to cook “ethnic” food in America today. Their backgrounds range from running a high-minded Japanese izakaya to explorations in Argentinian, Thai, Indian and Israeli flavors. 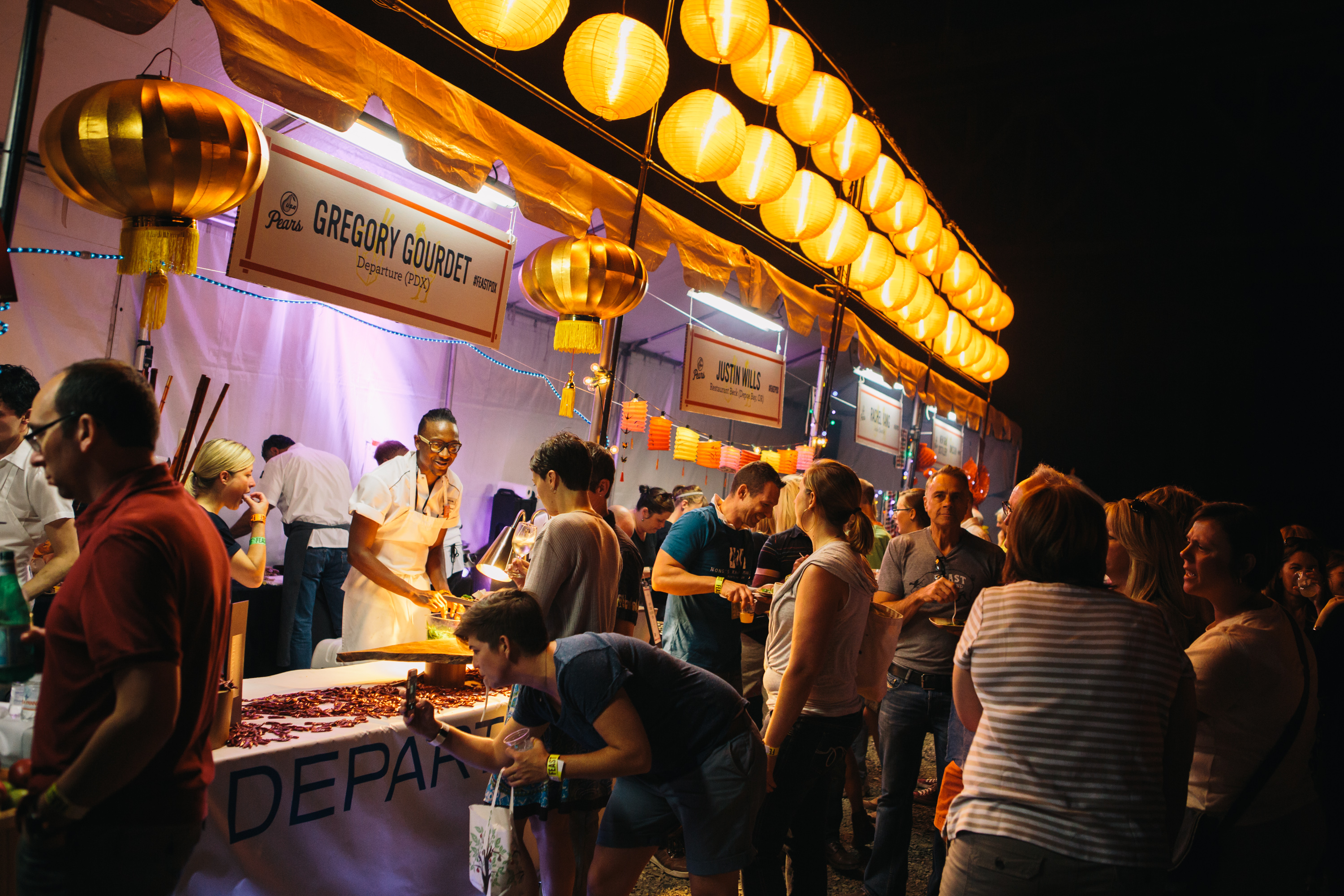 Gregory Gourdet [Portland, OR]
Gourdet is the executive chef of Departure restaurant and will appear on the upcoming season of Top Chef.

Okay. Why is Asian food so exciting for you?
For me, I’m a big flavor person. I love a combination of acid and heat. I put acid and heat in every single dish I make. I even put chilies in all my desserts.  I just love dynamic cuisine. And for me, Asian cuisine is the most dynamic. It plays the most on the palate, it’s the most alive, it’s light, it’s refreshing, and it has tons of flavor.

So, let’s say you were to open up an “ethnic” restaurant tomorrow, hypothetically. No business model to deal with, just out of passion and love. Which ethnicity would you want to focus on?
One!? Oh, it’s hard to pick one. I love Thai and Japanese food for two very different reasons. But I’m just really enthralled by Thai flavors because it’s the most dynamic. But I think I love Japanese flavors because there’s so much history there and it’s so clean as well. 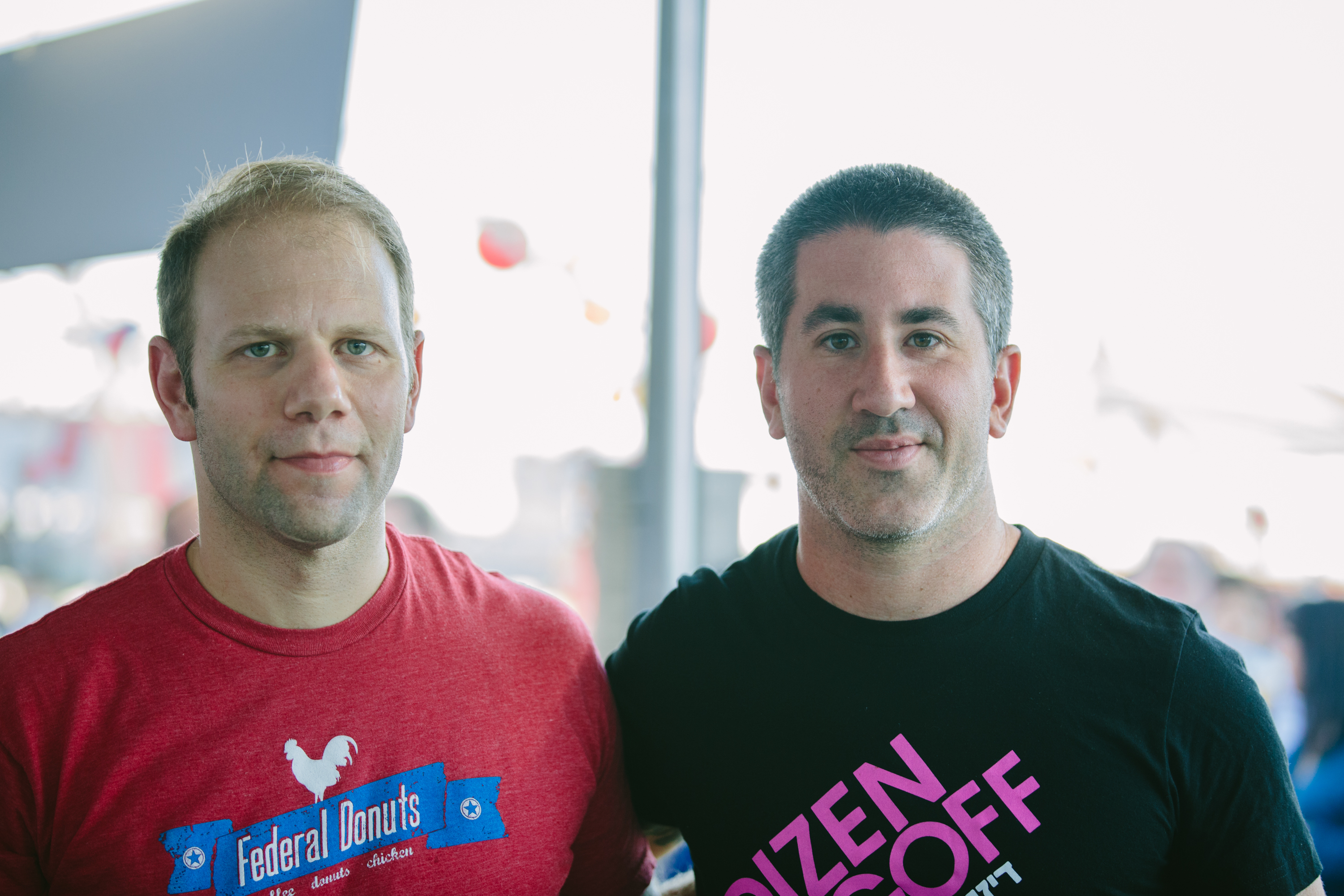 Are you seeing Middle Eastern flavors and ingredients being used more these days?
Mike: One of our servers just went to the Nomad in New York and she had the roasted chicken and they serve freekeh underneath it. You know, we have been using freekeh for years, but I had no idea that other people were doing it. I certainly wouldn’t expect Daniel Humm to be serving it underneath chicken with foie gras and truffles, even though it makes perfect sense. Diners want eat new stuff. Chefs wanna cook the new stuff. But now they’re reaching a little bit further.

And do you think the internet has anything to do with it?
Mike: Oh yeah definitely.

In what way?
Mike: Things are more accessible, that’s all. You don’t have to buy a cookbook now. Nobody really uses cookbooks. 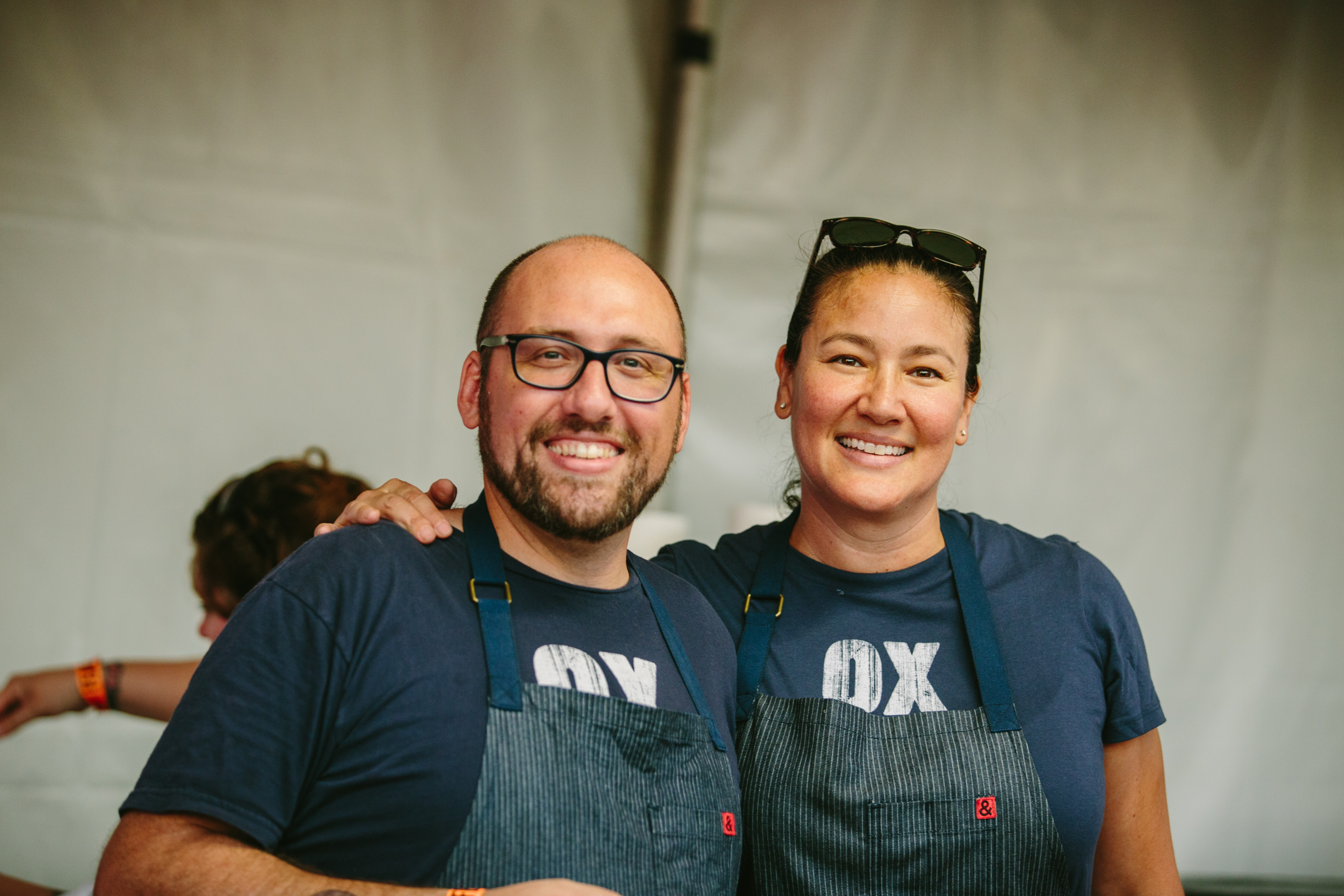 Do you feel people are coming to your restaurant knowing more about food from other lands?
Greg: Food knowledge has gone up by leaps and bounds in the last 20 years. America used to be a land of convenience when it came to restaurants, so it was the things that were quick and easy, and at home in restaurants, but now it seems like people are willing to not only spend the money to go to restaurants that care about these things, but are taking the time to learn and the people are doing that themselves as well. They’re taking the time to learn about these cultures. And people are traveling.

People are engaged.
Gabrielle: We get a lot of questions about – “well you’re an Argentine restaurant, why don’t you have Argentine beef on the menu?” And it’s something like, why wouldn’t we? The answer is that there’s an embargo with the United States and Argentina. There were some serious health problems before. 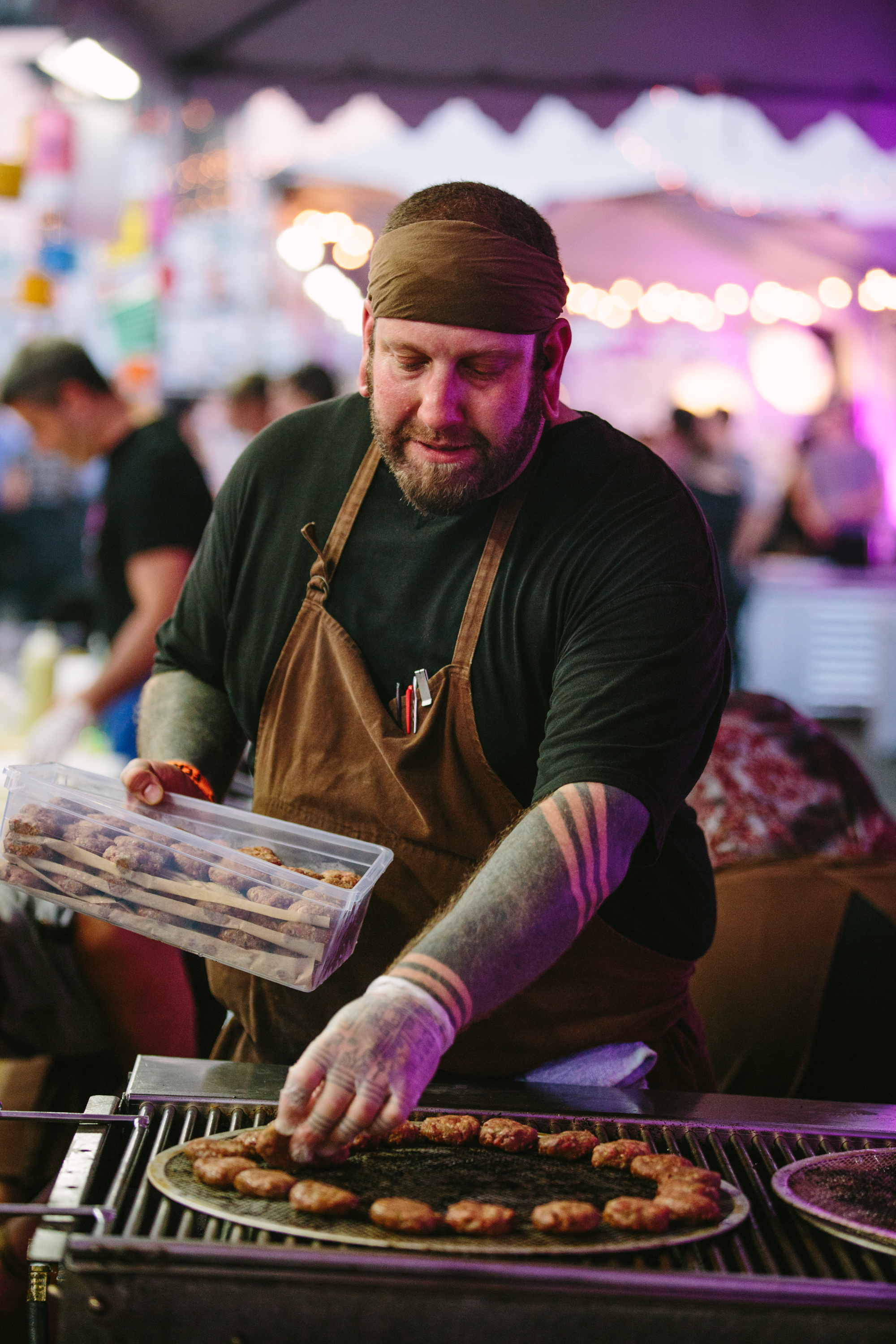 Scott Snyder [Portland, OR]
Snyder is the chef-owner of Levant, a restaurant that specialists in North African and Middle Eastern spices and meats.

Are your customers smarter about so-called ethnic food?
Yeah, definitely. The general public is definitely more educated about food than they used to be.

Why?
Just the dissemination of information. There’s so much more information out there, and it’s easily accessible.

Your cuisine, Middle Eastern. Is there a lot to learn with what you’re doing?
Yeah, it’s such an ancient cuisine and there’s so much to it. It was a fully developed cuisine in the Middle Ages. And later being the center point of the spice route. There’s just so much history in it.

This is hypothetical. If in a dream world you could flip the script and open a new restaurant immersed in another ethnic cuisine, completely different from what you’re doing, what would you do?
I love Mexican food and at home, that is what I cook. I grew up in Southern California, and came up in kitchens with a lot of Mexican cooks. I learned to cook from Mexican women. They taught me how to cook. 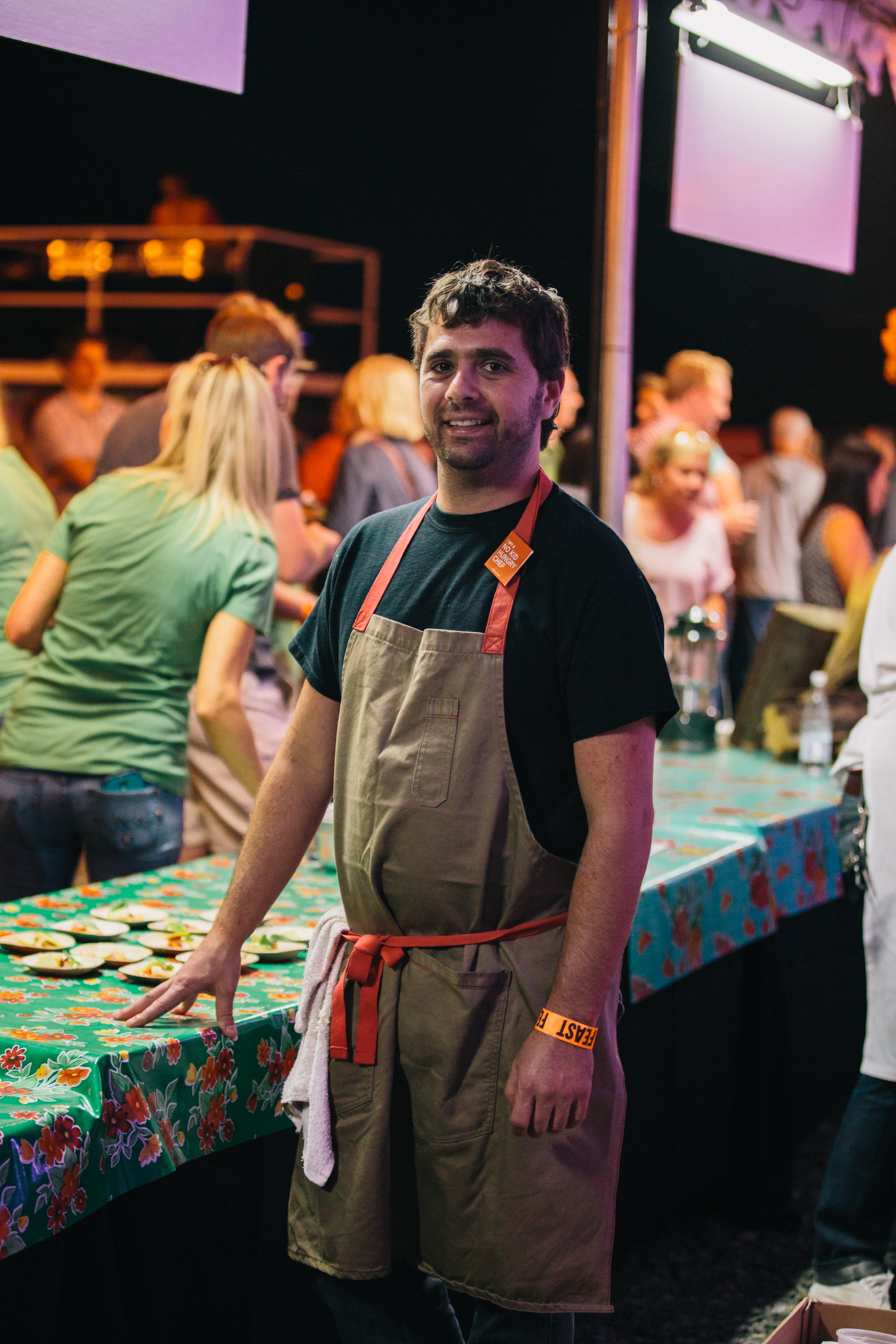 Jon Shook, Animal [Los Angeles, CA]
Along with his partner Vinny Dotolo, Shook is the owner of Los Angeles restaurants Animal, Son of a Gun and Trois Mec.

Are you inspired right now by any specific ethnicities or food cultures while writing menus and planning for all the restaurants you work on?
In the last four to six months, it’s been mostly French-Italian. Which is ethnic. It’s not Asia, but it’s still ethnic.

I’m with you man.
So that would be my top ones that I’m dabbling in the most.

In general, you see all sorts of customers coming into your restaurants. Are people becoming more educated about foods of different cultures? You’ve got a Korean-inspired dish here, you’ve got flavors from the Mediterranean there. You’ve got all these different ethnicities flowing through your restaurants.
I live in LA. LA is like a melting pot. It’s like New York City. We have all different kinds of ethnicities, but we also have to remember that we have some of the largest populations of ethnicities outside their country. We have the San Gabriel Valley with the Chinese, we have Vietnamese down in Long Beach, a lot of Japanese. We have a massive Koreatown.

You’re currently working on what you’ve called your “dream restaurant” with your partner Vinny Dotolo. What is the food going to be like at Jon and Vinny’s, and will it lean towards one specific food culture?
Our version of Italian-American.  But another thing that I really like – and we’ve talked about it for a long time — is doing our version of Japanese sushi.

Well, you guys have been really deep in Japanese-style fish for a long time….
Yeah, I mean we had the hamachi tostada on it, which is at the cross between Mexican and Thai.

But you wanna do a straight Japanese restaurant.
My restaurant idol is the original Matsuhisa on La Cienega. He just had his 20-year party in New York. So I mean, obviously he’s Japanese and he’s got a little Peruvian style, I think it would be our version of that. 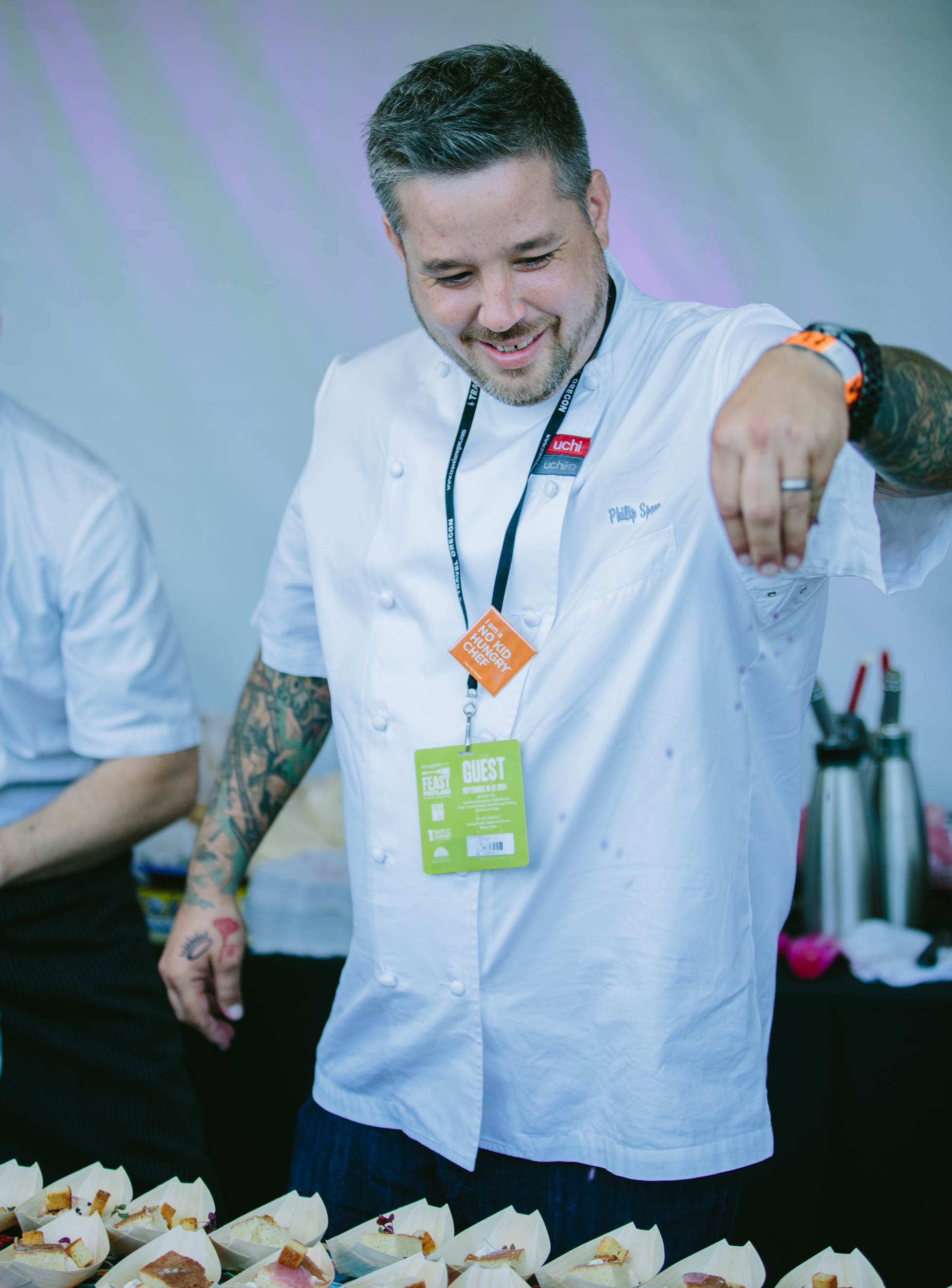 Philip Speer, Uchi Restaurants [Austin, TX]
Speer is the Director of Culinary Operations at Uchi and Uchiko, and the soon-to-open bakery and pizzeria St. Philip.

Are diners smarter about food from other lands these days?
Absolutely. It’s annoying. They’re too smart and you get called out for shit. We love the Japanese tradition, we love the aesthetic, we love the culture, and we practice it — but we’re not gonna bring you that food because we’re in Austin, you know? So I’m gonna put peaches on that. Because peaches are fucking great in Austin. For any food, for Italian food, it’s coastal, it’s local. Spanish food, like you take what you have. And you showcase it. And now that we have this ability to make food from all over the world, now we can work with it in a fun new way.

I think your point about people being too smart has a lot to do with the Internet. I know the internet is not something new, but people are sharing food memories and thoughts much quicker. And it’s getting back to you.
I mean even as a chef, for the past 10 years, since I have Google in my pocket, you don’t think I have learned so much from the internet as well? I mean we all have.

Wikipedia is fucking brilliant. Holy shit.
Wikipedia is awesome, and then you have food blogs and chefs from all over the world and you can read that and hopefully — if I’m reading their blog, maybe they’re reading mine as well, and if not whatever. But we get those ideas and we can actually put them into fruition, we can work with it. The internet. It’s so, so funny. 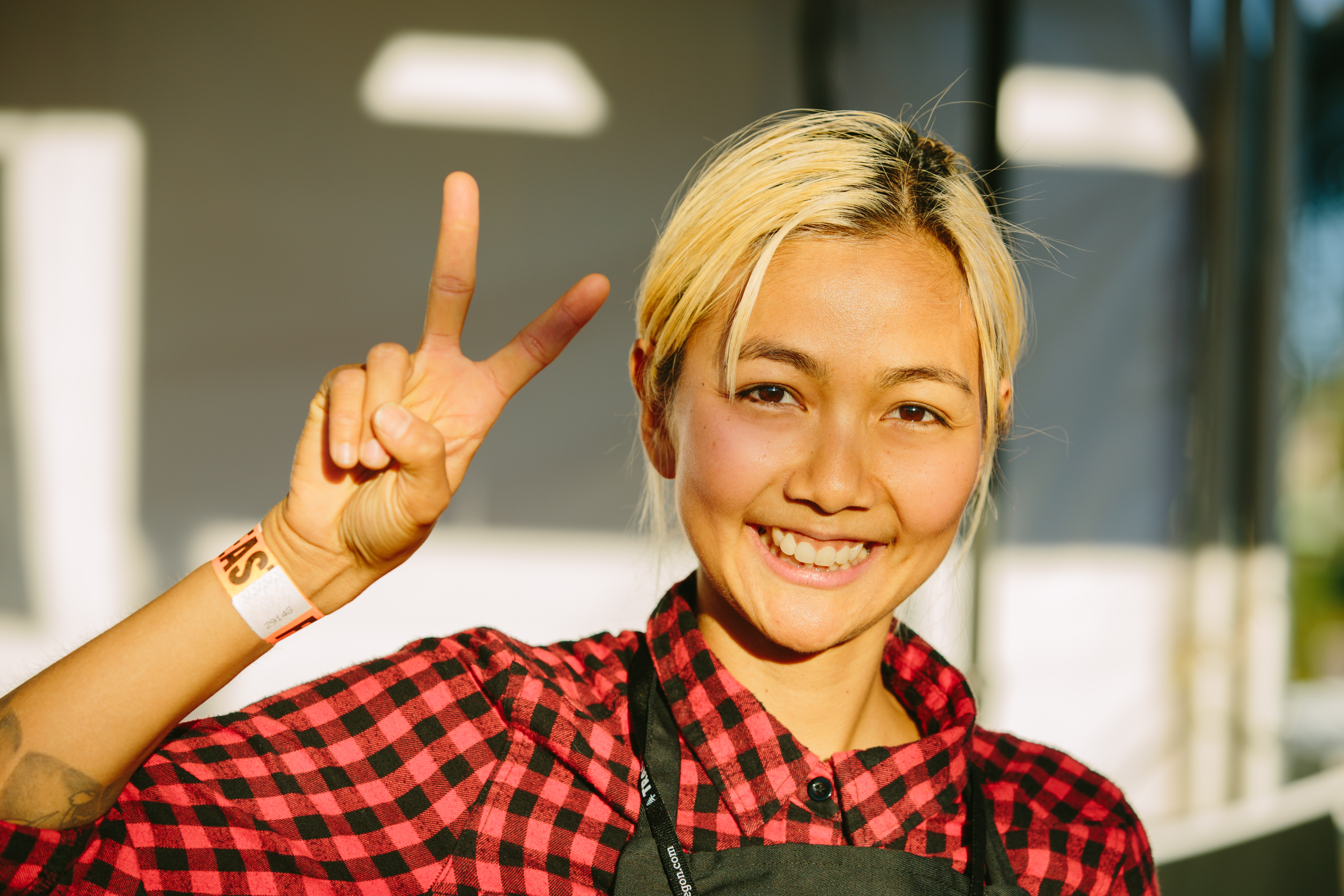 How has the perception of your cuisine – your culture’s cuisine – changed in the past 3-5 years? Have people become more fluent and familiar with the flavors of Thailand, and of course we’re talking outside of pad Thai?
Absolutely. When I first opened, there were some days when I thought I wouldn’t make it. I sold out the first three days and all these people came — and then after that, nobody came. But that all changed over the years and it blows my mind that people continue to try it.

Why?
Restaurants like Pok Pok. Andy [Ricker] has influenced to do that. Obviously he can speak better than me and explain to people about Thai food. So people are more accepting. Also people like you, that write about it, are educating as well.

What one ingredient are you really interested in right now?
I like pickles. It kind of sounds like Portlandia, you know, but I am into it more and more. Because we have so many fruits and stuff and all I just want to do is pickle. 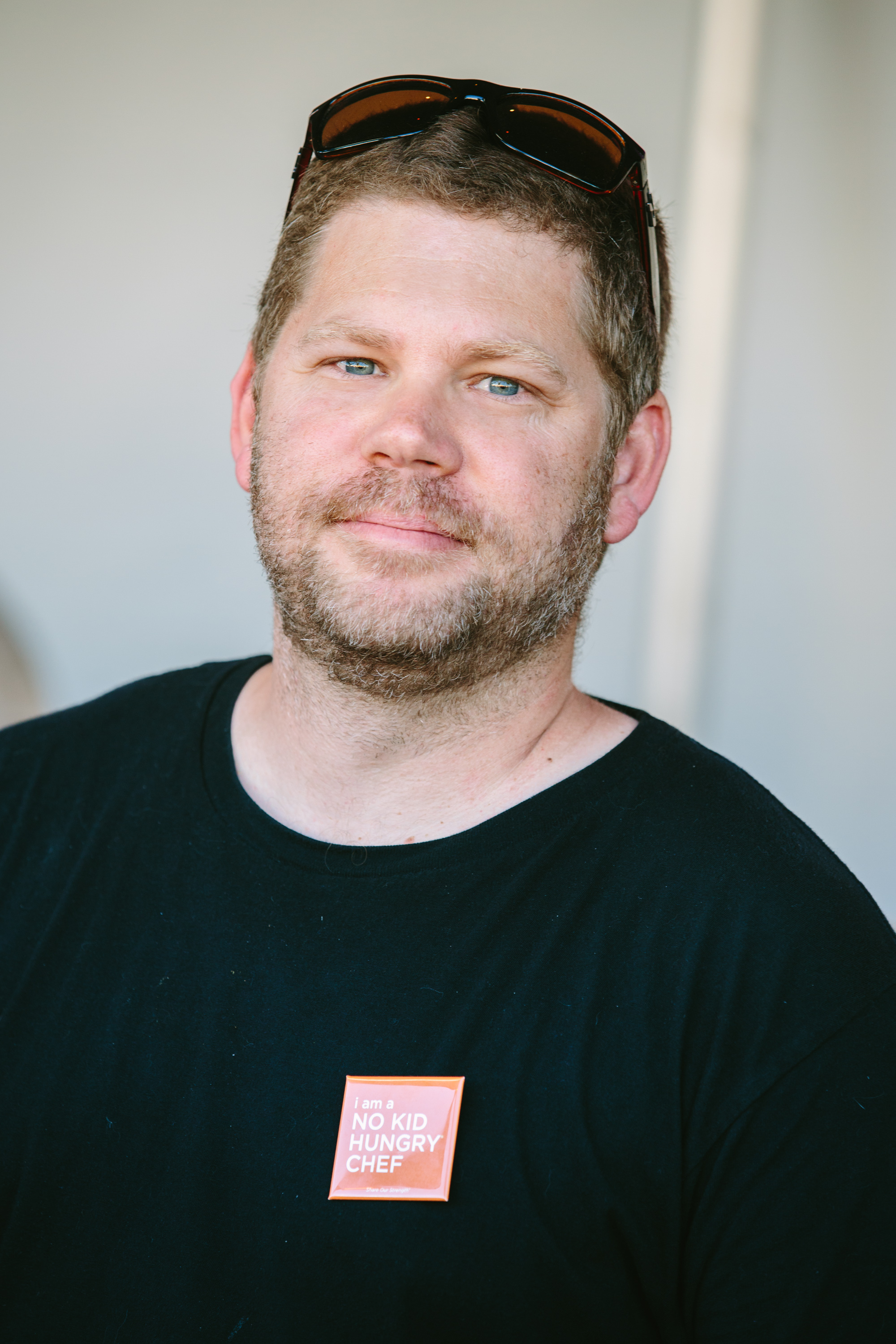 How do you become passionate about Indian cuisine?
I lived in Berkeley for a long time and ate a lot of great Indian food. But when I came here, I was really hoping that there’d be better Indian food than there was. It took me ten years, but I eventually decided that I’d do it on my own.

Has Portland’s Indian cuisine IQ increased over the last five years? Or do you feel people are only just starting to embrace the cuisine more?
We’re kind of the first people to go outside of that box. We’ve been open three years, and it’s dramatically changed in that period of time. People are willing to go along for the ride with us now. We’ve been able to push the menu out a little bit as time has gone on.

What are some of the dishes that you’re putting on your menu?
We mostly do a lot of street food. We don’t do chicken tikka masala, for instance, and as a conscious decision, I decided to not have a tandoori and not do a lot of things that people think of as Indian food. I have a background in really regional Italian food, and I knew that India had that bend to it, and I wanted to explore that.

So give me an example of a dish that’s outside of the knowledge base.
Our biggest seller is kati rolls, which comes from Calcutta. I think we’re the only ones in town that are really doing that — and we sell about 50 thousand of those a year.